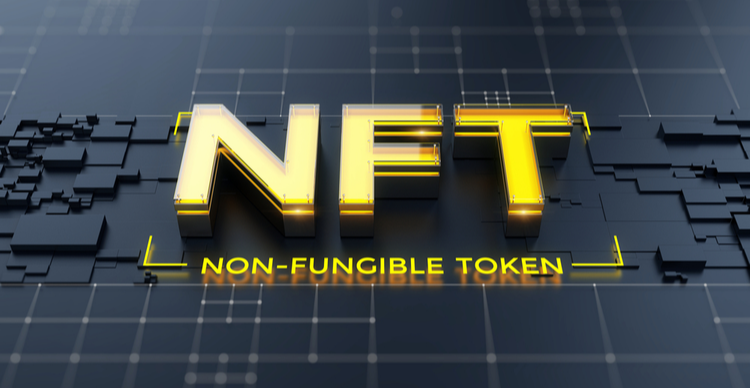 Blockchains used to be known for cryptocurrencies only and maybe dApps. However, this was changed around 2017 with the possibility of creating digital assets. These assets were named non-fungible tokens. Unlike the tokens of that time, they are not equal in value.

A unit in a collection may be costlier than another unit in that collection. In essence, you can’t interchange one for another; they were one of a kind. The creation of NFTs was made possible by the ERC-721 standard of the Ethereum blockchain. Moreover, these have led to other blockchains, like Solana, Algorand, Cardano, and others, joining the bandwagon.

NFTs had no value initially, however with the massive attention from the media, they became valuable. While some still see it as a bubble, some individuals have positioned themselves as creators, collectors, and flippers. NFTs vary from digital artworks to domain names, in-game items, essays, and digital collectibles, among others. Digital artworks are the most explored right now.

NFTs are bought on specialised marketplaces with ETH, SOL, or relative tokens, unlike cryptocurrencies. These include OpenSea, SuperRare, Rarible, Larva Labs, NBA Top Shot Marketplace, Axie Marketplace, and many more. While saving them on software wallets is not bad, it is safer to use hardware wallets.

Now that you’ve gone through the basics consider these top 5 NFTs. They are the ones you should invest in before this year fully takes off.

This NFT collection comprises 10,000 units of Bored Apes. They were created by Yuga Labs on the Ethereum blockchain and were hosted on IPFS. In April 2021, when it was launched, a Bored Ape cost 0.08 ether. While this may still be true according to BAYC’s official website, it has a floor price of 86 ethers right now.

Each Bored Ape has unique characteristics endowed on it by a program of over 150 possible features from colour to expression, clothing, and headwear, among others. While they are all dope, some Bored Apes are rare to come across. Of the 10,000 Bored Apes, 6,000 have already been bought by people, and over 338,000 ethers have been traded as of today.

The club has a graffiti board called the bathroom. It is accessible to members only. There are plans to unlock more perks and areas as the project progresses.

Since its launch, it has gained massive attention. Celebrities like Post Malone, Eminem, Jimmy Fallon, and Stephen Curry own Bored Apes. BAYC partnered with Adidas on their first NFT project. Also, one of the Bored Apes was featured in Rolling Stone magazine sometime last year.

These are pieces of land that exist in virtual worlds. Depending on the metaverse, the land can be used for various things. It can be traded, used for real estate purposes, or used to build offices, casinos, parks, or museums. There are two metaverses right now where you can own landed properties.

One is The Sandbox. The LANDs on The Sandbox is a digital piece of real estate that can create experiences or is populated with ASSETs. Over 166,000 pieces of LAND exist on the Ethereum blockchain. A conglomerate of LANDs forms an ESTATE, and an ESTATE owned by different people form a DISTRICT.

The Sandbox virtual map can be used to check the land use and distribution. It has a floor price of 3.3 ethers with other 18,800 owners right now. A total volume of 139,800 ethers has been traded for LANDs.

The Sandbox in itself is a play-to-earn metaverse that was launched in 2020. SoftBank, Atari, CryptoKitties, Snoop Dogg, and The Walking Dead have stakes in The Sandbox.

The other is Decentraland. It was created by Esteban Ordano and Ari Meilich and was launched in 2017. At launch, its LANDs were sold for about $20. It has over 97,000 parcels of land and is worth thousands right now. It was one of the metaverses built on the Ethereum blockchain.

Doodles is a project created on the Ethereum blockchain and driven by its community. The collection features the works of Burnt Toast and is made up of 10,000 doodles. It comes in various colours, sizes, faces, backgrounds, and more. It was founded by Evan Keast, Jordan Castro, and Scott Martin in October 2021.

Owners of Doodles can vote to make decisions on the Doodle Community Treasury. They also have access to exclusive meetings. Holders determine the roadmap of the project.

Azuki was created by Arnold Tsand and Churi Labs i. August 2021 on the Ethereum blockchain. It aims to give holders access to a metaverse that will be built and owned by them. The collection consists of 10,000 avatars. Holders gain access to The Garden, where artists, innovators, and web 3.0 enthusiasts can contribute to creating the decentralised future.

The NFT drop is one of seven phases. Others include community development and input, metaverse creation (including Lookbook, Azuki 3D, digital drops, and a game), physical entities (like streetwear, IRL events, collectibles, and so on), experience bridge, and seedlings which include partnerships, DAO, and $BEAN token.

WOW is an NFT created using the ERC-721 standard and hosted on IPFS. It was launched in July 2021. It was created to promote representation, inclusivity, and equal opportunities for artists. It features 10,000 artworks of different women illustrated by Yam Karkai.

It initially sold at 0.07 ether. 5,000 has already been bought with a floor price of 7.37 ethers. Over 45,000 ethers have been exchanged for WOW as of today. Reese Witherspoon, Huda Kattan, Liam Payne, Shina Rhimes, Logan Paul, and Eva Longoria are some of the notable owners of WOW.

Unlike cryptocurrencies, NFTs have no liquidity or volatility. They get their value from speculation and sentiment, making them riskier than fungible tokens. As such, the best advice is that you know where you stand; are you collecting or buying to flip. As a collector, all you need is sentiment. However, as a flipper, you need in-depth research and analysis. Deal wisely; the crypto space is unpredictable.