The two leading cryptocurrencies, Bitcoin and Ethereum, are poised to surge if they escape the persistent range-bound trading, according to Bloomberg’s Mike McGlone. McGlone argues that the former will get out of the current market slump on ‘bullish fundamentals.’

In a tweet shared today, he forecasted that the value of the two crypto assets will potentially rocket, citing the law of demand and supply.

“What Ends #Bitcoin, #Ethereum Range Trade? Bullish Fundamentals – By the rules of economics, a market with rising demand and declining supply will go up over time, suggesting that Bitcoin may be forming a bottom again around $30,000 as $60,000 resistance ages, “the Bloomberg commodity strategist wrote. 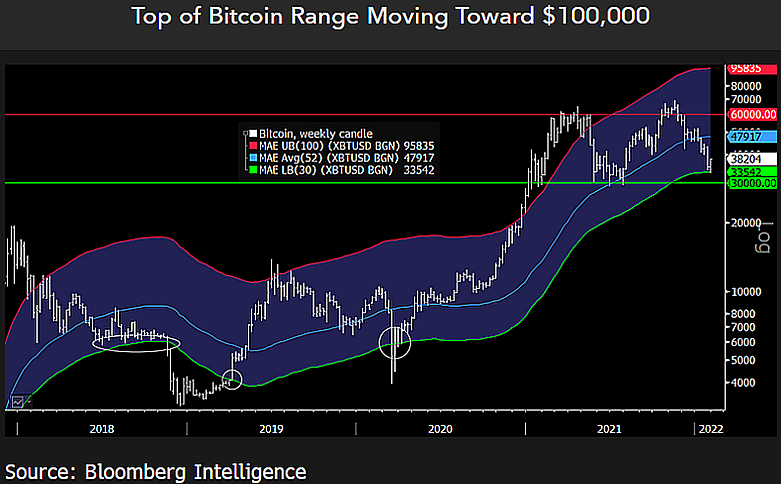 McGlone’s argument on Bitcoin rhymes with the BTC price movement between Q1 and Q4 last year.

Towards the end of Q2 (June), the pioneer cryptocurrency saw heavy losses, with its price against the dollar sinking from $35,700 to below $29,000 in four weeks. After posting this low, the coin embarked on a steady rally notching $42,000 in another four weeks. By the end of August, Bitcoin has closed in on $50,000.

Though the market witnessed a pullback in September, the flagship crypto still marched to a November all-time high of around $69,000. McGlone predicts that Bitcoin’s bottom this time will be at $30,000, after which it will see an upside break.