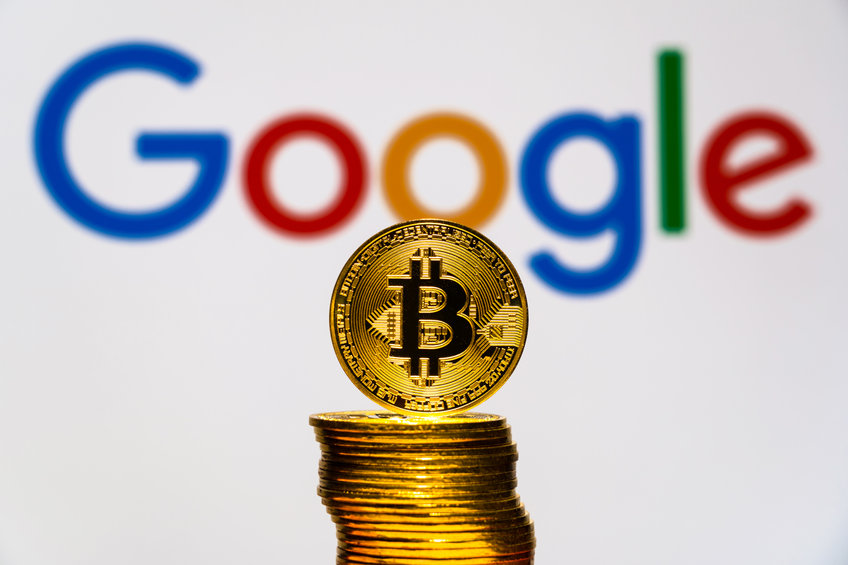 At the end of last year, Bakkt announced that it was working with Google Cloud. Customers with a Bakkt Visa Debit Card, or Bakkt Card, can pay with bitcoin (BTC), among other things, where Google Pay is supported. However, this does not concern direct crypto payments. The BTC is first converted into fiat.

In an effort to further push their adaptation of crypto payments, Google announced it has hired a former board member of the payments department at PayPal, Arnold Goldberg. The acquisition has a crypto tinge, according to reports from Bloomberg.

Bitcoin and the rest of the industry are slowly but surely moving into the mainstream sphere, and it is almost impossible to imagine the world financial stage without it. Implausible events would have to take place in order for bitcoin  to cease to exist in ten years, and most people seem to realize that by now. The mass adoption is continuing steadily, and more and more people are choosing to park a small part of their savings in bitcoin. This has also been noticed by Google.

In an effort to further fuel the expansion into the bitcoin space, Google hired a former star player of PayPal with Arnold Goldberg. Goldberg has been tasked with taking on the board of the payments branch within Google to take Google Pay to the next level. Google’s president of commerce, Bill Ready, told Bloomberg that hiring Goldberg is part of a broader financial strategy. It is striking that Ready also mentions cryptocurrencies as part of this strategy.

According to Bloomberg’s report, Google  partnered with major US trading platform Coinbase and bitcoin payment processor BitPay to add the new functionality to the cards. Bill Ready also told Bloomberg that his team is still looking for new partners to strengthen the ecosystem, making it very likely that we may soon welcome Google into the bitcoin arena.

The company had been developing a new financial service for some time, but pulled the plug last month. Google wants to have a broader focus on the financial world and be a “connective tissue” for everyone in the consumer finance industry.
In addition, Google has already entered into several partnerships with crypto companies. For example, it is now working with BitPay and Coinbase with the aim of letting users store crypto in digital payment cards in Google Pay. Ready says Google will continue to meet consumer demand:

“Crypto is something we pay a lot of attention to, […] As user and seller demand evolves, we evolve with it.”

What Google plans to do with crypto is still unclear. It is striking however, that Google is actively getting involved with crypto and has started working on various crypto projects.

Struggling to break through

The tech giant is struggling to gain a foothold in the payments industry and now has the plan to change that with bitcoin. In the short term, collaborations with Coinbase and BitPay should make it possible, among other things, to hold bitcoin on digital cards – and then issue those funds as fiat to retailers. Paying indirectly with bitcoin with payment cards from Google; that sounds like an interesting way for bitcoin to scale.

This would allow consumers to make transactions with their bitcoin without the direct use of the blockchain; everything will go through Google’s own systems. Whilst this isn’t the way bitcoin was ever intended to be used, however, once can still store the majority of their bitcoin in their own wallet and transfer part of their assets to use with Google. For the most part, full control of your own assets remains, and you are dependent to a small extent on the services of Google. It is not yet clear when Google will release the digital payment cards.

The digital currency is increasingly coming to the attention of companies and financial institutions. Last year, it was announced that Apple Pay wants to make payments with Bitcoin possible, and that Google Pay and Samsung Pay will be following suit.

The information comes from BitPay, which is a service provider that oversees Bitcoin transactions in the United States. Stephen Pair, the company’s CEO, announced the upcoming adoption of Bitcoin for Google Pay to Businesswire. “We have thousands of BitPay Wallet app users who use the BitPay Card and are always looking for new places and ways to spend their cryptocurrencies. With Apple Pay, and soon Google Pay and Samsung Pay, it will be easier to use BitPay Card in more places.”

Abandonment of plans to become a bank

In October of last year, it was announced that Google had cancelled collaboration plans with “Plex” to allow users to hold bank accounts with the company. “We aren’t a bank, and we have no intention of becoming a one. Some past projects have sometimes subconsciously pushed us a bit in that direction;” said Bill Ready. Rather, Google Pay should become a connecting platform for consumers in terms of their finances.

As a user, you can easily pay contactless on mobile devices with Google Pay. As part of the new plans, Google Pay will turn into a digital wallet that will allow you to store event tickets, airline tickets, vaccination passports and the like in addition to bitcoin and other digital assets. With several ongoing major partnerships in the bitcoin space, it doesn’t seem long before we can hold bitcoin with Google.Bakkt announced