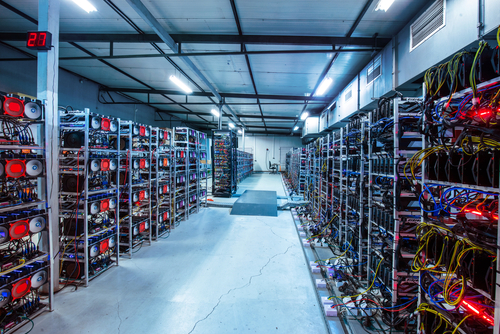 Argo Blockchain CEO Peter Wall has said 2021 has been a good year for Bitcoin and that his firm saw record profits through the year even with the dip in crypto prices in May and over the last month or so.

Argo is a crypto-focused firm based in the UK and has emerged as one of the leading Bitcoin miners, an aspect Wall highlighted in an interview with CNBC on Wednesday.

According to the Argo CEO, the broader crypto market saw a remarkable year, and he doesn’t think it would be wise to bet against it despite the current bearish outlook, especially not for Bitcoin.

He noted that the benchmark cryptocurrency has “been knocked over” several times but it still does what it does- bouncing higher and proving its worth and its importance every time. He suggests that this remains the case.

It’s good to note that the cryptocurrency’s value has declined by almost 30% since mid-November, with the rot pushing prices from highs of $69,000 to lows of $44,000 before its current bounce to levels around $48,000.

Wall says the Bitcoin ecosystem has matured going into 2022 and that factors such as increased interest in the asset class as capital inflows surge, regulatory clarity and resilient mining industry will likely aid BTC price over the next year.

“We’re seeing everything mature so quickly you know, not just capital markets but regulators are taking the space more seriously,” he explained.

Argo’s near extreme end of profitability

Wall also spoke about Bitcoin mining and how the explosion in Bitcoin prices over the past one and half years has seen companies make massive profits on their investments.

Argo Blockchain’s returns from mining over 2021, he said, have been record margins and not just for the UK-based miner but for most other crypto mining businesses. Asked to comment at what price of Bitcoin the firm would be profitable, he said they are looking at $5,000-$10,000 and that this depends on the cost of power among other factors.

He notes that the firm is on the “extreme end of profitability right now” and that the outlook for 2022 remains positive. This, he noted, is the case even if profit margins decline given the expected increase in hashrate as more miners switch on their mining machines.

He added that China’s crackdown on mining pushed many miners offline, but with operations set up in other jurisdictions, more will come online.

Argo on use of renewable energy

Wall also talked about Argo Blockchain’s move to address the question of Bitcoin’s energy consumption and impact on the environment. According to him, many miners are moving away from fossil fuels and Argo leads the way through an aggressive pursuit of renewable sources of energy, including the use of solar

“I think miners understand ESG issues and they are looking for renewable power.”

Importantly, Bitcoin miners know about the need for companies to be carbon neutral or even carbon negative, he added.