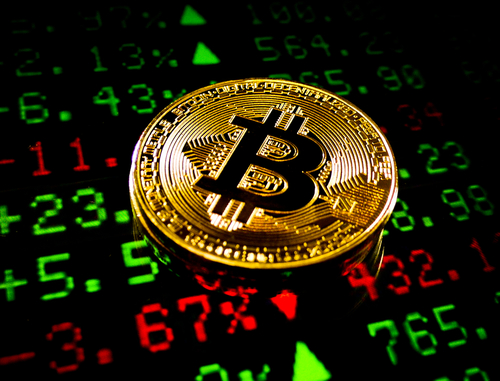 According to the analyst, the first phase involves a lot of volatility before a maturing market sees that gradually reduce amid consistent growth.

“The #crypto market is going to start behaving like tech stocks. Lots of early volatility, then we start to see basically up only (with turbulence) as the user bases continue to grow.”

He looks at a scenario where an asset like Bitcoin experiences major price corrections today not being different from leading tech stocks like Amazon Inc., (NASDAQ: AMZN).

“For reference Amazon hasn’t seen any drawdowns over 40% since 2011!!!! Crypto is maturing,” he tweeted.

Bitcoin has declined by about 3% on the daily timeframe and there are also losses on the day for most other digital assets. Ethereum, Binance Coin, Cardano and Solana are among the major losers in the top ten cryptocurrencies by market cap, while there are declines for Avalanche, Polkadot, and Dogecoin.

This scenario is largely replicated in the stock market, where the Dow Jones, S&P 500, and Nasdaq closed lower on Friday. Blue-chip stocks such as Apple, Google, and Microsoft have all slipped over the past few days amid broader concerns over Covid-19 and its impact on economic recovery plans.

Bitcoin, which rose to highs of $69,000 in November, has lost over 33% of its value in the past month. The retreat sees BTC trade at lows of $45,000 as of writing. However, this is not the biggest dump for the flagship cryptocurrency. In the past decade, the BTC price has shrunk more than 80% on three occasions and 50%+ on four.

The biggest crashes saw BTC tank 99% in 2011 and 84% in 2013- both corrections linked to the now-defunct Mt.Gox Bitcoin exchange. The latest dump is a 53% crash in May following China’s crackdown on crypto mining.