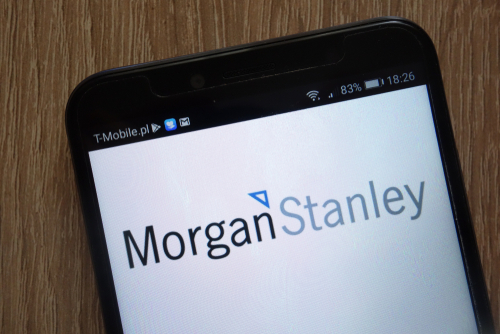 Gorman said this during an interview on CNBC’s “Closing Bell” this Monday, noting that he is not himself invested in crypto despite calls from some peers and due to the nature of his job.

Stocks are not “that crazy”

While he believes investors face bigger risks when they put their money into cryptocurrencies and meme stocks, Gorman says stocks do not look “that crazy” even when the market is at its highest valuation levels.

Other than cryptocurrencies and meme stocks, the Morgan Stanley CEO observed that investors also have to contend with far bigger risks in other highly speculative investments tools such as SPACs and high-value stocks of companies with no earnings.

The Morgan Stanley chief also talked about the Federal Reserve and the anticipation that the central bank will likely move to increase interest rates much sooner than initially thought.

According to him, hiking rates could introduce fresh pressure in the stock market, but this won’t cause much damage to investors even as the market adjusts to that new environment.

Gorman said the readjustment and a small correction would “not necessarily [be] a bad thing.”

Bitcoin price has dropped nearly 30% over the past 30 days, with the cryptocurrency’s breakdown below $50,000 coming at the same time as stocks struggle with downward pressure related to a new strain of Coronavirus.

Dogecoin, which Tesla CEO Elon Musk said in a Time Magazine interview was more suited for transactions than Bitcoin, spiked more than 27% in intraday deals on Tuesday. This follows a tweet from Musk noting that Tesla could accept DOGE for its cars as part of a market test.

Elsewhere, AMC Entertainment and GameStop stocks, two of the most popular meme stocks today, have tumbled in recent weeks after surging to new all-time highs earlier in the year.

On Monday, AMC share prices fell 15% to hit a low last seen in May. GameStop on the other hand, saw its shares decline by 14%, with the double-digit losses sending the company’s stock price to its lowest close in over 8 months.