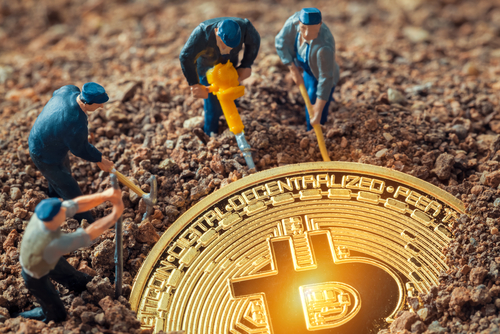 Bitcoin continues to attract the attention of some of the world’s largest institutional investors, even as enthusiasts and analysts predict its price will increase long-term to hit over six figures.

Bitcoin’s maximum supply is 21 million bitcoins, with new coins added since its inception in 2009 when Bitcoin creator Satoshi Nakamoto mined the genesis coin.

Since then, the number of bitcoins entering into supply has steadily increased, reaching a new landmark level on Monday when miners notched past the 18.9-million mark.

With this, 90% of the coins have now been created and released into supply, Marcus Sotiriou, an analyst at the UK-based digital asset broker GlobalBlock noted on Monday.

According to Sotiriou, Bitcoin hitting the milestone means that only 10%, or 2.1 million BTC, out of the total 21 million remains to be minted. While the remaining percentage is much smaller, the last of the BTC will be mined in 2140, he added.

Bitcoin’s underlying technology allows for a systematic reduction in the number of coins entering supply every time a block of transactions are processed.

“Bitcoin’s scarcity is one of its most attractive aspects as an investment, which is what many people, institutions, and governments are starting to catch on to,” Sotiriou added.

The analyst thinks such a fundamental factor could help cement Bitcoin’s attraction to investors and with fewer coins coming into supply, a supply shock will catalyse its price surge over the next several years.

Apart from BTC price increasing significantly, the digital asset could also flip gold as it eventually hits a market cap of $10 trillion.

“I think Bitcoin’s scarcity will lead to a supply shock for Bitcoin to help it overtake gold’s market cap over the next 10 years, which is around $10 trillion. This means Bitcoin has the potential to rise to a price of $500,000 in the future,” he explained.

Bitcoin’s value against the US dollar rose to $69,000 in November, outperforming gold and with predictions of it hitting the $100,000 mark in 2021. That outlook appears to have faded over the past few weeks as bearish pressure has pushed BTC/USD below $50,000.

According to Sotiriou, Bitcoin’s price movement is highly correlated to that seen in the stock markets, with the S&P 500 trading in red on Monday after a positive close last Friday. But despite the potential for further losses given the Omicron variant situation and this week’s central bank monetary policy statements, the analyst believes a rebound could still happen and push BTC higher.

“If we see a Christmas rally in stocks, which historically tends to happen, then Bitcoin could see a move higher into year end,” he said.

As of writing, Bitcoin is trading near $47,597, according to data from CoinGecko.