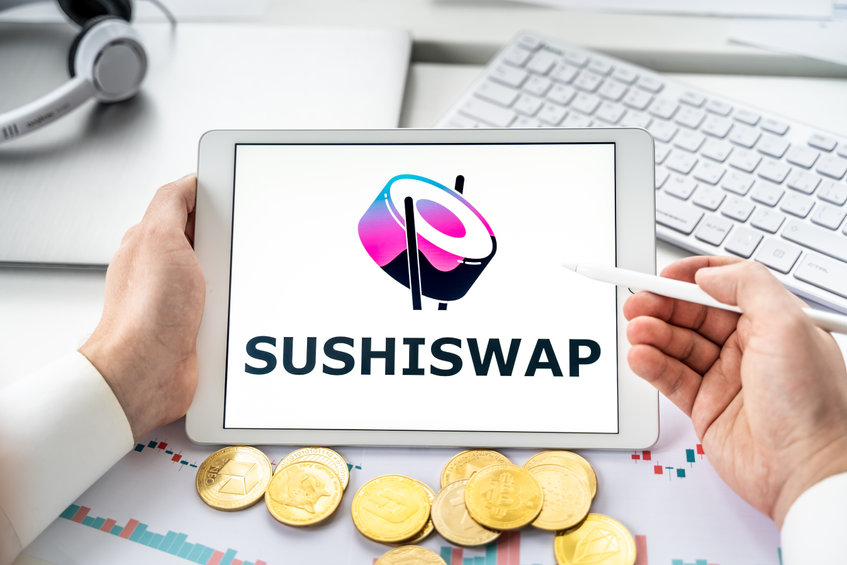 The price of SushiSwap shot up to a high of $6.88 on Thursday morning. The coin has however taken a slight pullback to trade at about $5.91.

SushiSwap is an automated market maker (AMM) and it operates as a decentralized crypto exchange (DEX).

It was launched in September 2020 as a fork of Uniswap, which was among the very first decentralized exchanges to be launched.

In a nutshell, an AMM is a crypto exchange that uses smart contracts to create markets for any pair of cryptocurrency tokens. It does not rely on the availability of buyers and sellers as is the case with decentralized exchanges like Binance, Kraken, Coinbase, and the like.

DEXes are becoming an increasingly popular tool among cryptocurrency users especially following the rise of decentralized finance (DeFi) that has resulted in the mushrooming of hundreds if not thousands of DeFi platforms all with their native cryptocurrencies.

The native token of SushiSwap is referred to as the SUSHI and besides being used to settle transactions within the SushiSwap platform, it is also traded on several other crypto exchanges including on centralized exchanges.

The SUSHI price hike that was witnessed on December 9 morning price is attributed to the news of the resignation of Delong, the chief technical officer (CTO) of SushiSwap.

In his resignation, the CTO cited a lot of infighting within the company as his reason for resigning from the position.

In the interest of the Sushi Community I am resigning as CTO effective immediately. I very much enjoyed the things that we built together and will look back positively on this moment. pic.twitter.com/7pZsQuPgup

While touching on the infighting, he said:

“The chaos that is occurring now is unlikely to result in a resolution that will leave the DAO as much more of a shadow than it once was without a radical structural transformation.”

Since the dismissal of key developer Maki, there has been a lot of infighting within the higher ranks of the SushiSwap community with some members urging that the key developer was forced out.

In November, there was a leaked poll screenshot from Delong that questioned if Maki should remain in the core team or take an advisory role.

Delong, however, came out to refute the claims and even denounce the licked poll screenshot and threatened to quit if the current SushiSwap core team was not supported.

SushiSwap recently announced a metaverse and NFT platform that is supposed to be governed by a DAO, though the project is somewhat in Limbo especially following the ongoing infighting and the fact that only a handful of whales hold the majority of the governance tokens.

Although the resignation led to an initial price SUSHI token price hike, it remains to be seen how the coin will perform in the coming days since there seem to be two camps; one supporting the resignation and one against it.