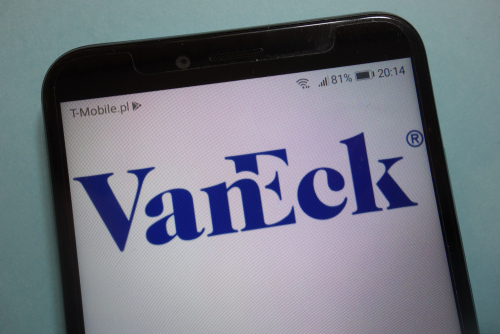 VanEck is not giving up on its push for a spot Bitcoin ETF, according to the firm’s CEO Jan van Eck.

The VanEck chief said this on the podcast Scoop, telling The Block’s Frank Chaparro that, despite a recent disappointment, it’s still all hands on deck as the company looks to put in new crypto funds applications.

In November, the US Securities and Exchanges Commission (SEC) recently rejected VanEck’s application for a spot Bitcoin ETF, a move that sees the US market still waiting for its first exchange-traded fund tracking the current market price of Bitcoin.

Grayscale Investments hit back at the SEC for rejecting the VanEck spot ETF, saying the regulator’s move to approve only futures ETFs showed discrepancies in its approach. The investment manager wants the agency to allow its application for a BTC product to be listed on the NYSE, stating that US investors are missing out on the opportunities that come with investing in funds that track BTC prices.

Vowing to “be back” with yet another application, van Eck pointed to the potentially helpful responses from two members of the US Congress. He says that the letter by the policymakers to the SEC regarding the Bitcoin ETF was a plus, even if the agency acted as it did.

Notably, van Eck compared the SEC’s rejection of the product to what happened before the regulator finally allowed gold bullion ETFs. He noted that, just like in current scenarios, the US regulator was keen on gold futures ETFs before eventually approving one that tracks spot gold.

Van Eck also talked about the investment firm’s plans in jurisdictions other than the United States.  He said that while the firm remains focused on having spot crypto products launched in the US, there are efforts to expand services and products tailored to the European market.

VanECK’s futures-based Bitcoin ETF is one of three that were recently allowed by the SEC, with the other two from ProShares and Valkyrie.