Bitcoin is still the king of crypto: Anthony Pompliano

Bitcoin is still the king of crypto: Anthony Pompliano 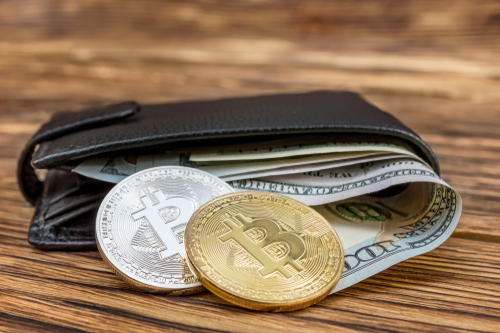 Anthony Pompliano, the founder of Pomp Investments, says Bitcoin is still the king of crypto even as the market seeks to bounce off last week’s price crash.

In an interview with CNBC’s ‘Squawk Box’ on Monday, the bitcoin investor and analyst said most people who own Bitcoin are in profit and noted that there are weaknesses in monetary and fiscal policy that make the crypto better than the dollar.

Pompliano’s comments come as Bitcoin seeks to extend gains above $57,000 following Friday’s dip below $54,000 as the global market reacted to concerns over the discovery of omicron, a new covid-19 variant that saw the UK and the US restrict travel from six southern Africa countries.

Pompliano says even though the current slide has pushed BTC lower, one way of looking at it is to consider its realized value. Looking at these data, he explained, most people are in profit given the last floor price of $20,000.

“If you look at how many people own Bitcoin, what that price was compared to now, so 89% to 90% of people are in profit,” he said.

The Bitcoin bull notes that demand is still high for Bitcoin, with more adoption of the asset class likely given moves like that of Invesco, which has announced plans to launch a spot Bitcoin exchange-traded product (ETP).

According to Pompliano, Bitcoin (BTC) “is the last remaining free market.” It’s a technology that does not need any sort of intervention from anyone, which is practically what happens in the fiat markets as seen throughout 2020 as the pandemic forced governments into a money-printing frenzy.

The investor believes that the world is still waking up to the asset class even as the massive profitability for holders gives the market a bit of room to wiggle on the downside.

He also pointed out that Bitcoin’s on-chain metrics show increasing adoption across the globe, with institutional entry pushing the cryptocurrency higher.

In a tweet posted after the interview, the Pomp Investments chief noted Bitcoin investors are hodling through volatility. This even as the network becomes more decentralised.

The on-chain metrics of bitcoin continue to tell a very compelling story.

There are many ways to analyze the network, but it is clear adoption is increasing, people are willing to hold through volatility, & we are becoming more decentralized. @SquawkCNBC pic.twitter.com/YUqWrcs90L

The Bitcoin market has faced some bearishness over the past several weeks, with the leading crypto’s price dipping more than 21% since touching highs above $69,000 around 10 November.

But Pompliano is categorical on one thing; he wasn’t selling his BTC. He notes that millions of other hodlers are long on crypto, which he says will still hit the $100,000 mark by the end of the year.