India could opt for tougher crypto regulations rather than an outright ban, says Zebpay co-CEO

India could opt for tougher crypto regulations rather than an outright ban, says Zebpay co-CEO 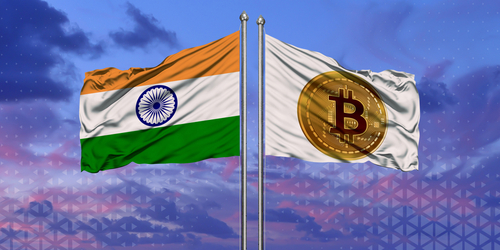 Avinash Shekhar, the co-CEO of India-based crypto exchange Zebpay, says it’s possible lawmakers could choose to pass tough rules on private coins rather than settle on a bill that would lead to a blanket ban

The Indian crypto space has recently dominated talk in the broader cryptocurrency industry, with plans for a new bill looking to ban crypto assets seeing investors unsure of what awaits them in one of the largest crypto markets in the world.

While lawmakers may ultimately go with the government’s plans as per a parliamentary bulletin published this week, some within the space think things might not turn out as worse as many might be dreading.

That’s the view of Avinash Shekar, the co-CEO of Zebpay, currently among the largest crypto exchanges in India. Speaking to CNBC’s “Squawk Box Asia”, Shekar said that he believes what the crypto community will see is “some kind of coherent regulation, but [which will be] on the tougher side.”

Shekar says that there have been positive signals from the government over the past several months, citing consultations between authorities and various stakeholders in the crypto sector.

Zebpay was among the stakeholders to recently meet the parliamentary finance committee, and Shekar believes there’s a lot to be positive about, even as the bill goes to debate.

“The message or the feelers which we are getting from the government is that they’re looking for some kind of regulation – strict regulation, but not a complete ban,” he told CNBC.

Notably, the bill is set for debate at a time the Reserve Bank of India (RBI) has outlined a timeline that could see the country launch a pilot for a digital rupee in 2022.

A lot remains clouded, going by previous pronouncements from the central bank, which for a long time, maintained a negative view of cryptocurrencies. Although regulators are yet to clarify their stance on the place of crypto in the country, the broader view has slightly shifted towards consultative approaches to the subject.

According to Shekhar, talk of stricter rules is because the government wants to have control over cryptocurrencies. They do not want to see crypto use grow to the extent it becomes a currency.

Crypto prices fell this week as news of the ban, coupled with other negative triggers, hit the market. Bitcoin, which fell below $55,000, has reclaimed some of the losses and currently trades above $58,500. Ethereum held above $4,000 and has seen an uptick towards $4,500 as the crypto market cap adds 3.4% to a capitalisation of $2.8 trillion.