ChangeNOW returns $1M worth of MATIC stolen from Eterbase in 2020

ChangeNOW returns $1M worth of MATIC stolen from Eterbase in 2020 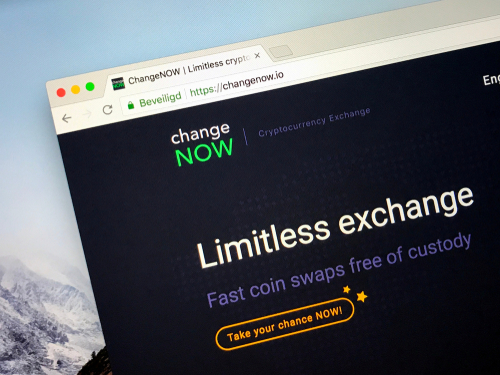 ChangeNOW has successfully returned about $1 million in MATIC coins that were part of a stash of coins stolen from crypto exchange Eterbase in 2020.

It’s the first such recovery for Eterbase, which was hacked for about $5.4 million worth of cryptocurrencies, an unfortunate turn of events that saw the platform file for bankruptcy in October this year.

When was Eterbase hacked and what happened?

On 7 September 2020, Eterbase suffered a security breach that saw the exchange lose over $5.4 million worth of different cryptocurrencies, including Bitcoin (BTC), Ethereum (ETH) and Polygon (MATIC).

On 8 September, ChangeNOW stopped a swap transaction involving 600,000 MATIC, which the exchange immediately froze as they originated from a blacklisted address flagged by the platform’s AML system.

The funds remained frozen on ChangeNOW, with the platform awaiting a formal claim from the owner of the compromised wallet.

As per the ChangeNOW terms of service, a claimant has up to a year to request for the blocked assets to be released. However, Eterbase ostensibly failed to initiate a request for the funds’ return, prompting ChangeNOW to contact the exchange.

Further co-operation between the crypto platforms and the Slovakian police saw 600,000 MATIC stolen during the cyberattack returned last Friday.

Crypto needs such support and trust

At the time of the hack, MATIC traded around $0.02 per unit, which means the recovered coins are worth about $1 million at current prices of $1.73. This translates to nearly 90 times more than the $10,950 the coins cost in September 2020.

Mike Ermolaev, head of PR at ChangeNOW says the recovery of the funds could prove crucial towards Eterbase’s survival.

“It’s our hope that the recovery of Eterbase’s stolen cryptocurrency will help the exchange survive challenging times. We also urge Binance, HitBTC, Huobi and others to step things up and return the stolen crypto to Eterbase,” Ermolaev told Coinjournal.

In 2019, ChangeNOW helped recover up to 500,000 XRP that had been stolen from GateHub, and in October this year, it returned $15 million worth of COMP erroneously distributed to Compound Finance users during a system malfunction.

According to Ermolaev, the crypto space requires such co-operation and support, which he said will be critical to improving the sector.

“Crypto is a powerful tool for good. And we’re in the industry to improve the world of crypto. We can only achieve this through mutual support, trust, and fairness,” Ermolaev observed.