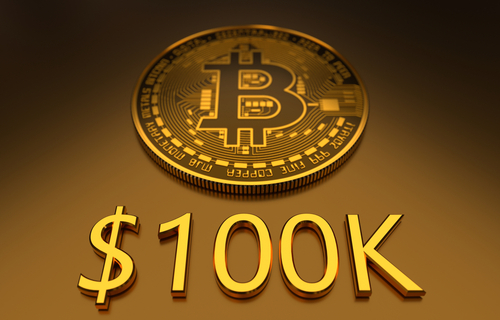 One of the most popular predictions for Bitcoin price in 2021 is that the flagship cryptocurrency is likely to easily top $100,000, with the six-figure level hit by end of the year.

The bullish outlook remains across the market, even as BTC price flips negative amid massive profit-taking on the back of an impressive run to highs of $69,000 in early November.

Nicholas Merten, the founder and CEO of Digifox Finance has downplayed the prospects of Bitcoin rallying to the highly desired level this year. However, he does note that it’s entirely possible for the benchmark cryptocurrency, currently changing hands around $60,180, to reach the landmark in early 2022.

Here is what Merten had to say about Bitcoin’s prospects for 2021:

Could it happen in Q1? Sure

Could it happen in Q2? Easily

Merten, who also created the popular YouTube crypto channel DataDash, says that for Bitcoin to achieve the $100k price tag, it would need to add more than $660 billion to its market cap.

Bitcoin currently has a market valuation of $1.13 trillion and would need to see significant growth in the next one or so months to bring into play potential runs to $100k per bitcoin.

Enthusiasm around Bitcoin following its Taproot upgrade has been dampened by news around Twitter’s move not to invest in crypto and SEC’s rejection of VanEck’s Bitcoin ETF application. Sentiment has stalled south in the past 24 hours and could sink further if sell-off pressure pushes BTC below support around $58,000.

Bulls point to a number of potential catalysts for a new crypto bull run.

What am I missing?

Bitcoin has lost about 15% of its value from the $69k level, and full-time trader and crypto analyst Michael van de Poppe says this could be followed by another drawdown.

The digital gold, a moniker for the top crypto for its comparisons with gold as a store of value, has tested support below $60,000 multiple times in the past 48 hours.