Analyst: Ethereum is ‘an absolute beast’

Analyst: Ethereum is ‘an absolute beast’ 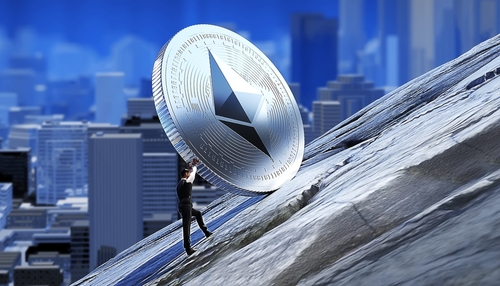 Ethereum has broken above $4.700 for the first time ever, setting a new all-time high as the entire crypto market hit a record $3 trillion in market capitalisation.

Ether reached $4,782 as shown by data from CoinGecko and currently trades around $4,745 as bulls plot a new assault on higher prices.

According to crypto analyst Benjamin Cowen, Ethereum is yet to peak and is an “‘absolute beast’.” In a video analysis of the current market cycle, Cowen says Ethereum’s price is likely to rise even further, continuing its parabolic rally into 2022.

Ethereum has steadily climbed from its March 2020 lows, with prices tracking a long term trendline going back 18 months to when ETH/USD traded around $100.

Crypto prices don’t move in a straight line and the analyst notes this in the video, expecting Ether prices to go sideways as buyers accumulate towards a new breakout.

According to Cowen, its possible ETH/USD will not touch the trendline until January. Many people expect the next bear market to start in early 2022, but the analyst thinks Ethereum will maintain a bullish outlook for much longer.

The analyst says Ethereum’s upgrade to a proof-of-stake network, possible ETF on the asset, and increased institutional adoption as some of the key price drivers.

“At the end of the day, Ethereum is an absolute beast…And this pace, this pace that Ethereum’s on, is likely not stopping anytime soon. That’s the point.”

It’s possible for ETH to go down to $4k, or $3k, Cowen says. However, the market is not that extended and a breakdown beyond these support levels looks unlikely.

“The only way I would imagine us getting into a pretty brutal bear market would be if were to go up too quickly you know, imagine Ethereum had a run to $20k or something like that really quickly…that wouldn’t be good and we probably  would need to spend quite time being bearish.”