Polkadot currently trades above $52 against the US dollar, up by 15% in the past 24 hours and looking likely to continue in an upward trajectory.

After breaking above $50.00, Polkadot has established a new all-time high and it could continue higher ahead of its highly anticipated parachains auctions launch.

The coin’s potential rally has seen respected crypto analyst Michael van de Poppe predict a run to $75. The analyst shared the chart below and noted that DOT is likely to hit the target if bulls hold crucial levels. 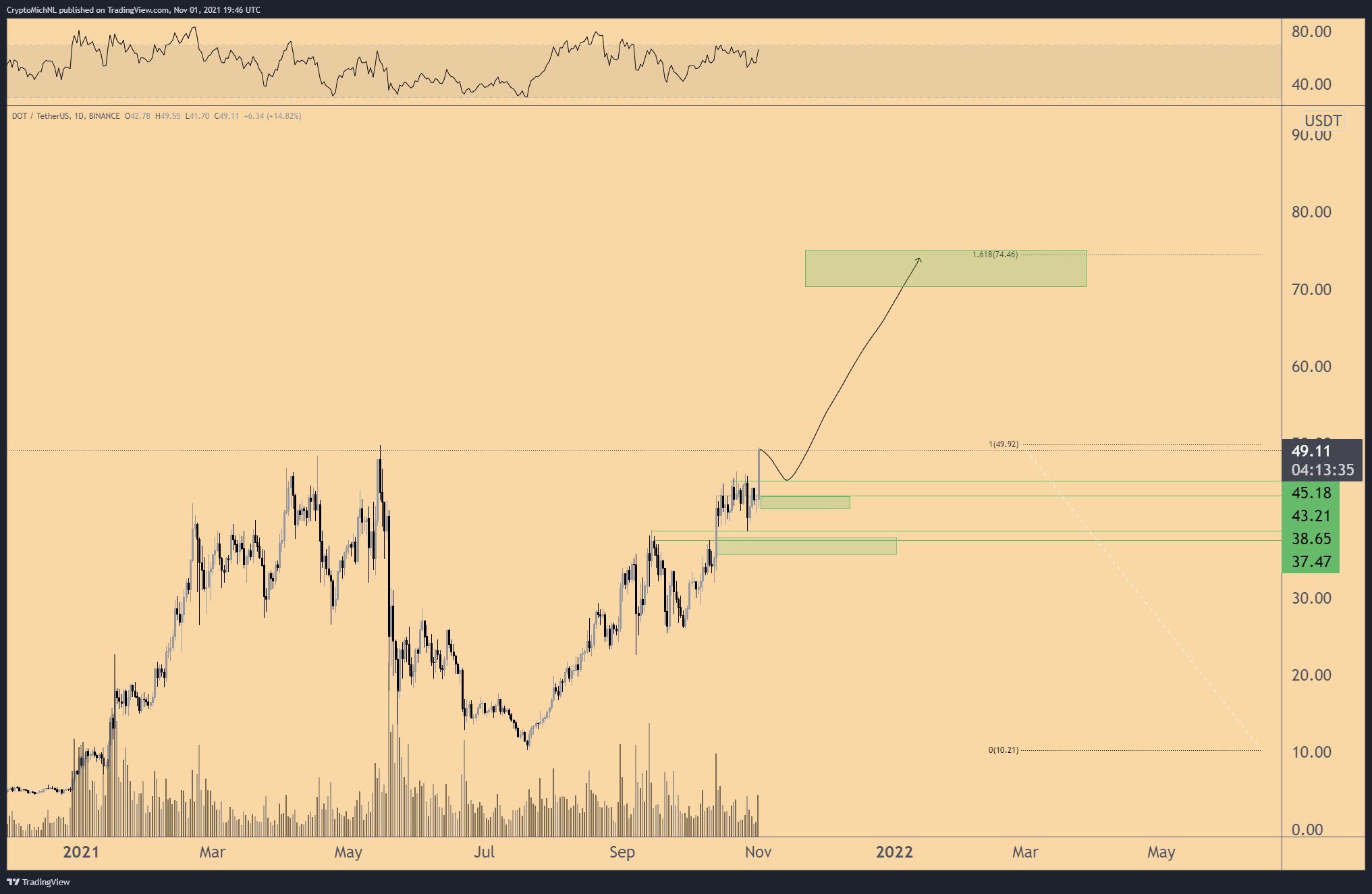 According to the analyst, Polkadot has a lot of momentum, with the hype around its parachains launch adding to the upside potential. The technical picture shows the cryptocurrency did retest the previous ATH zone on the daily chart.

This should build into an upside continuation pattern that could see DOT surpass $75, van de Poppe added. There’s even an upside chance for bulls to target $115 in this bull cycle, he pointed out in a video analysis of the coin’s technical outlook.

The seventh-ranked cryptocurrency has overtaken XRP by market cap. With DOT’s value as of writing at $52.11, the crypto’s market cap stands at $54.5 billion. XRP on the other hand is trading at $1.11 to see the Ripple coin’s market cap stand at $52 billion.

While the analyst thinks DOT price will rise in the short term, he has identified key support levels around the $45-$43 area. He has also offered a piece of advice to investors, urging new entrants not to FOMO but to get in on the low.