El Salvador buys another 420 Bitcoin worth about $25M

El Salvador buys another 420 Bitcoin worth about $25M 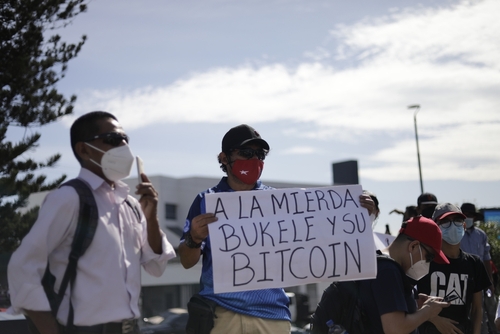 El Salvador’s total Bitcoin (BTC) haul has surpassed 1100 as the government looks to strengthen its adoption of the cryptocurrency as legal tender.

As Bitcoin price slipped below $60,000 on Wednesday, many hodlers took the opportunity to buy the dip. One of the most aggressive buyers on the day was the Salvadoran government, which reportedly scooped an additional 420 bitcoins to add to its holdings.

According to President Nayib Bukele, Bitcoins dip allowed the country to buy more BTC after a long time of waiting for the opportune time.

“It was a long wait, but worth it,” Bukele noted on Twitter, adding that his government “just bought the dip!”

El Salvador made history as the first sovereign nation in the world to when it adopted Bitcoin as legal tender in September.

Despite early pitfalls related to countrywide skepticism, the implementation of the project goes on as more and more people begin to use the official wallet to transact using Bitcoin and the US dollar.

The country is also supporting Bitcoin mining by availing some green energy reserves to miners.

Notably though, is the country’s growing BTC holdings. Since its first purchase, the Bitcoin Trust has now added new coins on three occasions.

El Salvador’s last Bitcoin purchase was around 20 September when the Central American nation added 150 BTC to its coffers. Before this latest acquisition, El Salvador’s Bitcoin holdings were 700 (300 BTC in the very first purchase and another 150 BTC during Bitcoin’s summer dip).

After this latest purchase, the country’s haul is now 1120 bitcoins. At the price at which Bitcoin traded when the announcement was made, the 420 BTC cost about $25 million. In total, El Salvador’s BTC holdings are worth about $66.2 million if we go by Bitcoin’s current price of $59,124.