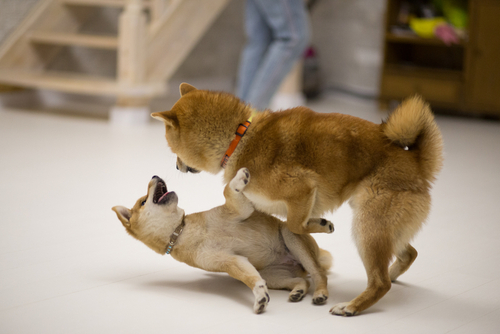 DOGE has broken above $0.3 for the first time since early September and could move higher as the crypto market bounces on Bitcoin’s recapturing of support above $60,000.

As of writing, Dogecoin has soared by more than 20% to see it flip Shiba Inu, whose SHIB token had overtaken DOGE among the ten largest cryptocurrencies by market cap.

Dogecoin and Shiba Inu are the two top dog-themed cryptocurrencies today, thanks to their respective price surges over the past several months.

SHIB had claimed the top spot among meme-coins with a surge to the 9th spot in the crypto market charts. Its stay above Dogecoin has however been brief as per trading activity seen in deals completed on Thursday.

Dogecoin’s price follows aggressive buying from the DogeArmy, with one analyst seeing the “real fun” will come if the price rally continues past the $0.4 mark.

Shiba Inu, which some in the crypto space see as DOGE killer, remains strong though, with over 35% in gains in 24 hours and more than 141% this past week. SHIB/USD currently changes hands around $0.000074, having shed some of the gains made when it hit a new all-time high of $0.000086 early this morning.

Elsewhere, Ethereum (ETH) is looking to extend gains above $4,100 while Cardano (ADA) is above $2 as bulls target a swift rebound following this week’s dump.