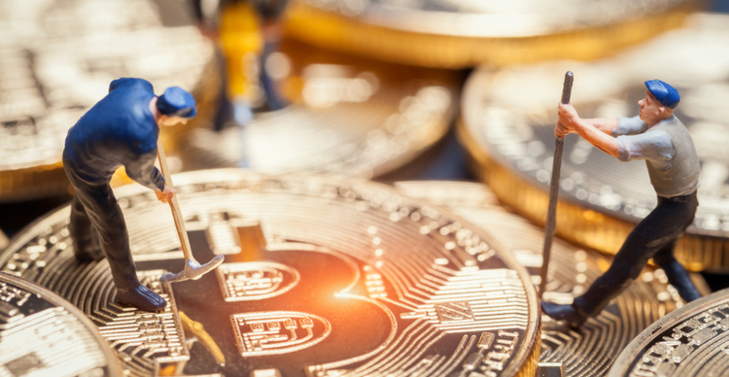 On Tuesday, ProShares’ Bitcoin Strategy Exchange Traded Fund (ETF) – the first-ever in the US – launched, trading under the ticker BITO. News of the launch compounded with its seismic reception provided upward momentum that saw the two leading cryptocurrencies [Bitcoin & Ethereum] eclipse their previous peaks and set new all-time highs during Thursday’s trading session

Outside the markets, several crypto-oriented entities including Coinbase and Chainalysis saw significant developments. Here’s a recap of other headlines you might not have caught this week:

Square and Twitter CEO Jack Dorsey hinted last Friday that Square might join the bitcoin mining space. He revealed plans to build a miner that would be available as open-source for users and businesses around the world. Dorsey explained via a series of tweets that the custom silicon-based system would integrate community input, just as Square’s hardware Bitcoin wallet has done.

The Twitter chief also said that with this new project, his company intends to establish measures towards making Bitcoin mining accessible to as many people as possible. Dorsey noted this as currently crypto mining remains dominated by large-scale owners who have significant capital backing to facilitate their endeavours.

The team proposed to work on the project would be led by the head of hardware at Square Jesse Dorogusker and will be tasked with studying the technological stretch needed to actualize this project. Dorsey has in the past shown dedication to Bitcoin, having said that he would leave his roles at Square and Twitter to focus on the digital asset if the need ever arises.

Grayscale files to convert its Bitcoin Trust to Bitcoin ETF

Digital asset manager Grayscale has filed with US regulators to change its Grayscale Bitcoin Trust (GBTC) into a Bitcoin Spot ETF. The world’s largest crypto asset manager made the announcement on Tuesday. Vice President and Head of Legal at Grayscale Investments Craig Salm expressed his delight in Proshares Bitcoin Futures ETF becoming the first ETF in the US to be listed in a trading exchange; the NYSE.

The executive went on to explain that his company’s filing had started the clock on a 240-day period by which the SEC will approve or deny the offering. As far as Bitcoin goes, Salm explained that he sees it as an asset that is here to stay and as investor interest/ access increases, the coin will become even more of a success.

The Global Head of ETFs at Grayscale Investments Dave LaValle explained that the firm felt that regulators remain relaxed with future-based ETFs for assets. According to him, this means the financial watchdogs should be comfortable with accepting ETFs offering exposure to spot pricing for the said assets. Grayscale is currently the largest Bitcoin trust holding approximately 3.44% of the Bitcoin supply.

Chainalysis has added an undisclosed amount of Bitcoin to its books. Via a blog post on Tuesday, the blockchain data solutions firm revealed the plans and said that it would take the services of the New York Digital Investment Group (NYDIG) for brokerage and explained the firm would also provide custody for the coins.

Michael Gronager, Chainalysis’ head, explained that though this crypto buy was a first, it would not be the last one. The firm intends to continue investing in other digital assets in the future. Further, Gronager maintained that Chainalysis remains committed to its goal of building trust in cryptocurrencies, and the company’s addition of Bitcoin to the company’s investment portfolio.

Chainalysis has added to the several corporate organizations that are adding crypto to their portfolio. Significantly the largest, even by the numbers, Michael Saylor’s MicroStrategy holds more than 114,000 Bitcoin. Tesla, Galaxy Digital, Voyager Digital, and Square complete the list of the top five public companies holding BTC.

This week, the National Basketball Association (NBA) announced on Tuesday that it had reached an agreement with Coinbase. The latter is set to become its official crypto partner. The franchise explained that this new endeavour would see Coinbase feature in the NBA 2K League, USA Basketball, NBA G League, and the WNBA.

It was, however, not revealed whether the partnership meant that fans could use crypto in purchasing matchday tickets, or merchandise from their favourite teams, just as Mark Cubans’ Maverick Dallas has done.

Coinbase also confirmed on the same day that it would be collaborating with Facebook for the launch of the social network company’s digital wallet, Novi. Coinbase will custody crypto for the digital wallet program even as Diem (Novi’s host company) plans to run the wallet’s pilot program. Further, this launch will take up the Pax Dollar stablecoin as the token of choice, though eventually, Facebook plans to replace it with the Diem token, once it receives the necessary regulatory approvals.

Following the announcement, five US senators wrote to Facebook CEO Mark Zuckerberg asking him to halt activities in line with the digital wallet. The senators complained that Facebook could not be trusted to handle a payment system citing historical abuse. Diem has since responded to the letter explaining that it is not tied to Facebook but instead operates independently with representatives from the social media company.

A statement released on Monday revealed that the Hong Kong’s Financial Services Agency (FSA) this week approved Huobi’s registration as a Type I Financial Instruments Business, allowing the exchange to deal in cryptocurrency derivatives.  Huobi explained that with the approval, it is now able to develop derivatives and facilitate trading and market-making services to its users.

The  CEO of the exchange Haiteng Chen noted that the new license would enable expansion of service to customers and boost the next phase of development for the company. The CEO went further to elaborate on the significance of the registration for this type of license, saying it enables the company to offer more than just limited spot trading.

The FSA is known for being a stickler to regulatory requirements and it has placed strict regulations for cryptocurrencies. The regulator requires that all crypto exchanges subscribe to the same rules governing financial institutions. The exchanges are also required to undergo compulsory registration as type I financial instruments businesses.  Further, the FSA also has it that crypto tokens first go through a process towards approval before they are listed on an exchange in the country.