Walmart partners with Coinstar for its Bitcoin ATM pilot program

Walmart partners with Coinstar for its Bitcoin ATM pilot program 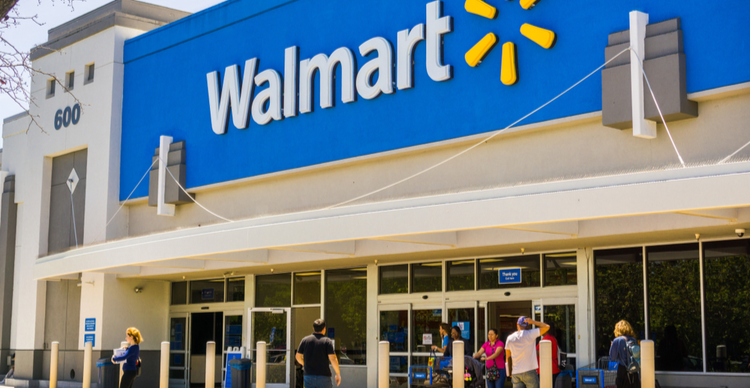 Walmart customers can now buy Bitcoin from the retail company that runs several hypermarkets and grocery stores following a collaboration with Coinstar. The company stealthily launched the pilot program featuring 200 Bitcoin ATMs set up across some stores in the US. Walmart intends to install up to 8000 Bitcoin ATMs in the future but is yet to disclose when the initiative will commence.

Coinstar is a company specialising in operating coin-cashing machines in the US, Europe, and Asia. The company claims to have installed more than 23,000 coin counter kiosks in the region it operates in. Coinstar allows users to exchange loose change for cash or gift cards and makes revenue by deducting a fee for facilitating the conversion.

The Washington-headquartered company doesn’t directly deal with cryptocurrencies. It leveraged the services of CoinMe – a digital currency exchange to offer Bitcoin. Following the collaboration, users can now be able to exchange cash for Bitcoin at dozens of Walmart stores thanks to the installed ATM-like machines

The process of buying Bitcoin through these machines is straightforward but relatively costly. Shoppers will insert banknotes into the ATM, which will then issue a voucher carrying a redemption code. The voucher can only be redeemed after the completion of the Know-Your-Customer process. According to the Coinstar FAQ page, “Each purchase carries a transaction fee of 4% and a cash exchange fee of 7%.”

There have been mixed reactions on social media in response to the news of the pilot program, with some users viewing it as a step forward in terms of cryptocurrency adoption. Other users, however, consider the fees charged as exorbitant.

Bitcoin ATMs have become very popular in recent days, notwithstanding the high fees involved. Most centralised exchanges charge less than half the fee surcharged by the ATMs installed in Walmart. Last year, Coinstar revealed its plan to set up 3,500 CoinMe Bitcoin ATMs to capitalize on the market demand. Walmart’s partnership with Coinstar is huge for the latter, considering the consumer base the former commands in the US.