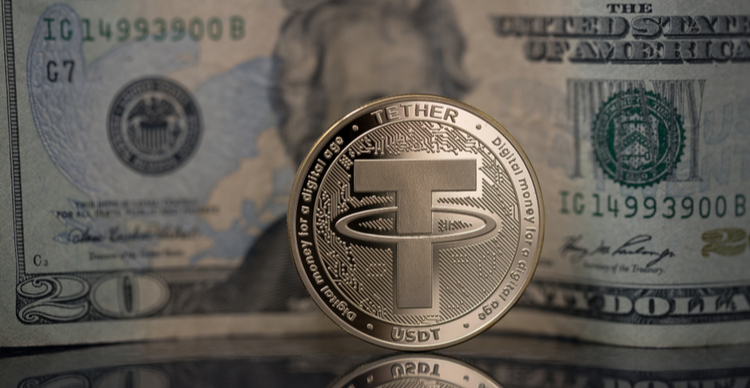 Tether says the bounty program has no impact on Bitcoin as prices reach new highs.

Tether has released a statement terming Hindenburg Research’s recent offer of a $1 million bounty program for information on the stablecoin’s reserves as “cynical” and a “pathetic bid for attention.”

The move by the forensic research company came just days after Tether and the Commodity Futures Trading Commission (CFTC) reached a settlement over charges related to the cryptocurrency firm’s misleading information about its USDT reserves.

Tether agreed to pay $41 million as part of the settlement, with the CFTC noting in a report that Tether’s USD reserves for its stablecoin amounted to only 27% of the total USDT supply in the years 2016-2019.

Hindenburg’s move to unearth information about the stablecoin followed what the firm called “doubts about the legitimacy of Tether’s backing due to the company’s sparse disclosures.”

According to the research firm, the bounty is meant to help it get “exclusive details” about Tether’s opaque dealings.

A day after the bounty was announced, Tether has come out guns blazing, referring to the program as nothing but an orchestrated scheme designed for profit. In its statement, Tether called the bounty a “pathetic bid for attention”.

“They are attempting to discredit not just Tether, but an entire movement. Thankfully, everyone sees through their opportunism as bitcoin approaches another all-time high,” the firm added in the statement.

For a while now, Tether has tried to weather storms around its holdings of the US dollar, which is supposed to be at the ratio of 1:1 with the tether tokens. But the world’s largest stablecoin by market share at the moment has not fully come out of the shadow of controversy regarding the lack of a comprehensive audit.

While the CFTC noted a 27% backing was in cash by 2019, those figures have reportedly changed to see just 10% in USD. The majority of the reserves are in commercial papers, corporate bonds, treasury bills, and funds among other holdings.