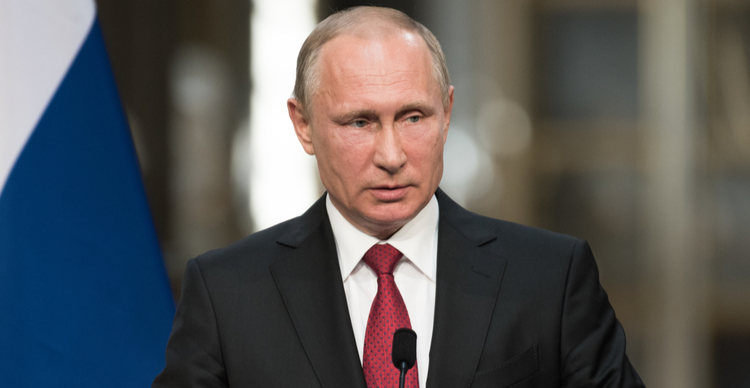 Cryptocurrencies have received recognition from numerous popular names in recent years, and the praises keep on coming

Putin says crypto can be used for payments

Russian President Vladimir Putin has joined the long list of Bitcoin’s admirers after admitting earlier this week that cryptocurrencies can be used as a means of payment. He made this comment while responding to CNBC’s Hadley Gamble at the Russian Energy Week event. Putin admitted that using cryptocurrencies to pay for goods and services is perfectly okay. However, he thinks it is still early for Bitcoin to replace the US dollar for global traders. Putin also touched on Bitcoin’s huge energy consumption in terms of mining, stating that it is a major barrier for the cryptocurrency attaining massive adoption.

The president’s comment comes a few days after Russian Deputy Finance Minister Alexei Moiseev revealed that the country has no intention of banning Bitcoin and other cryptocurrencies. China has banned cryptocurrency services and transactions. However, the United States and Russia have now come out to say they don’t intend to follow in China’s footsteps regarding cryptocurrencies. Russians are allowed to buy and invest in cryptocurrency projects, both local and foreign.

China’s stance on crypto will get tougher

As the ban on cryptocurrencies in China intensifies, messaging platform WeChat has reportedly blocked searches for leading crypto exchanges Binance and Huobi. WeChat users don’t get any results when they search for Binance or Huobi using either English or Chinese. The move is similar to what social media platform Weibo and search engine Baidu did earlier this year after blocking searches for Binance, Huobi and OKEx.

Binance stopped operating in China after the 2017 ban on cryptocurrency exchanges. However, its peer-to-peer platform was still operating, allowing Chinese citizens to access cryptocurrencies via this medium. Binance announced earlier this week that it would be shutting down its P2P service in China by the end of the year. The crypto exchange will delist the Chinese yuan (CNY) in a bid to comply with the recent ban on cryptocurrency services by the People’s Bank of China.

The NFT competition just got tougher

The non-fungible token (NFT) space is perhaps the fastest-growing in the cryptocurrency sector at the moment. In the third quarter of 2021, NFT transaction volume topped the $10 billion mark for the first time in history. With more media companies, digital artists and celebrities entering the market, the NFT space is expected to grow even bigger. For this reason, the biggest cryptocurrency exchanges are looking to take advantage of the growth and expand their business. This week, two of the leading crypto exchanges launched their own NFT marketplaces.

FTX.US, the United States arm of the FTX exchange, announced that it has fully launched its NFT marketplace. The marketplace is designed to allow users to buy and sell a wide range of Solana-based NFTs. Although FTX operated a marketplace in the past, it was restricted to supporting NFTs minted on its platform. Now it has expanded its services to include NFTs in the Solana ecosystem.

Coinbase, the US publicly-listed crypto exchange, also announced earlier this week that it would launch an NFT marketplace. The marketplace will provide NFT trading services to its users as the demand for digital arts increases. So far, more than 1.4 million people have signed up for the waiting list to gain access to Coinbase’s NFT feature. Coinbase and FTX are joining the likes of Binance to provide NFT trading services to their customers as the market continues to expand.

Visa to attract digital artists to the NFT world

Also, earlier this week, media company ViaComCBS partnered with NFT startup RECUR. The partnership will see RECUR create a platform that will allow users to trade NFTs related to ViaComCBS’s numerous brands and franchises. As a result, RECUR will develop NFTs for the numerous characters of Paramount Pictures, CBS, MTV, Nickelodeon, Showtime and Comedy Central. The platform will allow fans to purchase, collect and trade NFTs across the media company’s portfolios.

The DeFi market is now worth over $200 billion

Another sector of the cryptocurrency space that has seen massive growth in recent months is decentralised finance (DeFi). A new report revealed that the DeFi ecosystem is now worth $200 billion, up by 100% since June 2021. The total value locked (TVL) in DeFi protocols exceeded the $200 billion level for the first time in history. The Ethereum blockchain remains home to most of the DeFi protocols, accounting for over 60% of the TVL in DeFi. Binance Smart Chain and Solana come distant second and third respectively. However, Ethereum is losing its market dominance as the other blockchains are eating away at its market share.

Stripe, one of the leading fintech companies in the world, is looking to enter the crypto space again three years after its exit. The company is hiring a new cryptocurrency team and will task them with designing and building its cryptocurrency offering. Stripe ended support for Bitcoin in 2018, but it is now working on launching cryptocurrency services again.