Weekly Report: SEC has no plans of outlawing crypto in the US

Weekly Report: SEC has no plans of outlawing crypto in the US 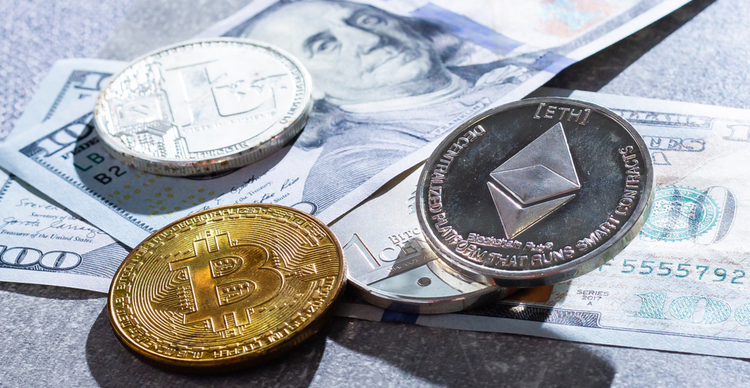 A report by Grayscale, ‘An Introduction to Cardano’, has suggested that Cardano may well be undervalued based on its fundamentals. The report placed the value of Cardano at $30,000 while also suggesting that Ethereum’s actual value was around $55,000.

The report released on Sunday noted that Cardano is slowly becoming home to many decentralised finance (DeFi) projects following its newly introduced smart contracts functionality whose absence has held it back. It also suggested that Cardano’s insistence on getting things right during the first attempt has also prevented the ecosystem from growing. The blockchain which has been described as the Ethereum killer has seen $1.6 trillion in on-chain transactions in the last year, representing volume that is 40% and 50% less than ETH and BTC respectively.

Elsewhere this week, the digital asset management firm introduced Solana and Uniswap to its Digital Large Cap Fund for the first time. The latest inclusions follow the addition of Cardano to Grayscale’s large-cap fund back in July. For Solana, its inclusion reflects its recent impressive performance in the market.

Citadel Securities founder Ken Griffin has said the hedge fund is avoiding cryptocurrencies due to the lack of clarity on the regulations governing them. Reuters reported on Monday that the CEO was against taking on cryptocurrencies as some of the competing firms had done, suggesting that cryptocurrencies would become more competitive once the regulatory uncertainty about them is cleared.

Griffin argued that the competitiveness of the market would be achieved as regulation would make the market smaller by cutting out the several people who are in it, “frankly just trying to make a quick buck”.  He further added that he would definitely trade in crypto to meet the expectations of his fund’s brokerage partners. The executive still maintained his anti-crypto stance, saying many people were wasting lots of valuable time by investing in crypto, time he feels they could use more beneficially.

In addition to being anti-crypto, the billionaire is actually pro-dollar, saying digital assets, especially Bitcoin, will hurt the fiat currency. Though Citadel Securities retains its reservations, other financial organisations, including hedge funds and banks, have joined the crypto space.

The SEC will not ban digital assets, says Chair

SEC chairman Gary Gensler said on Tuesday that the commission would not consider banning crypto in the US as the Chinese government has recently done. Speaking to the House Committee on Financial Services, Gensler specified that the commission did not have authority to do so, and if it came to that, then it would be up to congress to decide.

Further explaining that he is pro-tech, he said that the involved tech (blockchain) had, and will continue having, use cases but it would only last long enough if regulated. He explained that the government’s role was to ensure that the investors and consumers remained well protected, alongside the implementation of anti-money laundering regulations and relevant tax laws.

The SEC chair was also questioned by North Carolina’s Patrick McHenry about his past comments on crypto that have been impactful enough to cause market movements instead of following the “long-held practice of noticing comment on rulemaking and procedures”. Congressman McHenry felt that such impromptu remarks had affected investors, to which Gensler said he had conformed to the Administrative Procedures Act.

On Tuesday, US bank launched the offering of crypto custodial services for institutional clients in the US and the Cayman Islands. The launch of the services would be in collaboration with NYDIG, and will store the clients’ private keys for crypto, including Bitcoin, Litecoin and Bitcoin Cash. The announcement also revealed that there are plans underway to launch support for Ethereum and expand the network.

Based on the comments of Gunjan Kedia, the vice-chair of U.S. Bank Wealth Management and Investment Services, the choice of NYDIG as the first sub-custodial backer was well-guided as it ticked the box of offering a balance between quality and risk management. The collaboration will now help quench the increasing interest in custodial services from the bank’s customers (private funds).

US Bank is one of the better-established retail banks in the US. NYDIG, on the other hand, is a successful asset manager and currently has assets worth over $8.6 trillion in custody and an additional $282 billion in assets under management. The launch of custodial services means US Bank now joins Bank of New York Mellon and State Street in offering custodial services.

MoneyGram to use Stellar blockchain for crypto services

On Wednesday, MoneyGram announced that it plans to use the Stellar blockchain to allow users to easily convert USDC to fiat or fiat to USDC. This new programme is expected to be rolled out at the tail end of 2021 but won’t represent the first interaction of MoneyGram in the blockchain world, given that it previously collaborated with Ripple to get a $50 million investment.

MoneyGram went on to add Ripple’s forex On-Demand Liquidity (ODL) solution that uses XRP as the intermediary in play. However, following a mutual agreement, the collaboration had to come to an end earlier in the year after the SEC pursued Ripple for offering XRP as a security.

The announcement also said that settlement of payments to or from customers would be near-instant, and United Texas Bank would be the settlement bank involved, as per regulatory requirements. Denelle Dixon, the CEO of the Stellar Development Foundation, stated that the rollout would be progressive, initially starting in select places later this year before spreading to the international platform as 2022 progresses. MoneyGram previously launched point-of-sale services back in May in collaboration with crypto exchange Bitcoin ATM and exchange operator Coinme.