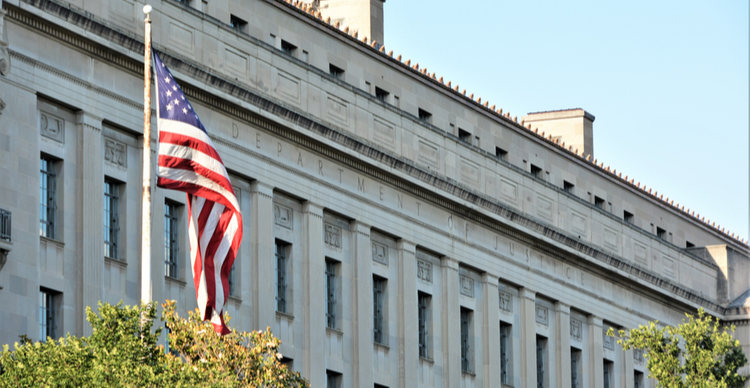 Speaking at the 2021 Aspen Cyber Summit on Wednesday, the US Deputy Attorney General Lisa Monaco announced two new initiatives adopted by the Justice Department. In her virtual speech, she set forth that the two initiatives would target cryptocurrency entities as well as those organisations contracted by the government that fail to report instances of cyber breaches.

The first involves a National Cryptocurrency Enforcement Team set to help the Department of Justice incapacitate financial markets that are hubs for cybercriminals. The team features professionals from both the cybersecurity and anti-money laundering spaces.

She also noted that for digital asset platforms to effectively function as financial organisations of the future, there needed to be measures established to ensure that their users remain protected.

“Cryptocurrency exchanges want to be the banks of the future, well we need to make sure that folks can have confidence when they’re using these systems, and we need to be poised to root out abuse. The point is to protect consumers,” she said.

For the second, Monaco submitted a civil cyber fraud initiative that would take on third-party companies that fail to adhere to the set cybersecurity requirements.

“[The initiative will] use civil enforcement tools to pursue companies, those who are government contractors, who receive federal funds when they fail to follow recommended cybersecurity standards,” she said.

Monaco maintained that these digital assets were still lawful despite her insistence that a regulatory review of crypto was needed. Further, citing an incident where Colonial Pipeline got trapped in the web of cybercriminal activity, the deputy attorney general suggested that it was necessary to explore ecosystems in their entirety when dealing with such attacks.

The US government has been stepping up efforts to regulate cryptocurrencies, and the latest initiatives announced by the DoJ add to a crypto enforcement framework published a year ago. William Barr, the US Attorney General, announced the framework was meant to ensure that digital assets do not hamper public safety or national security.

On Tuesday, SEC chairman Gary Gensler told US citizens that the commission would not ban crypto. This came as he spoke at a virtual hearing with a senate committee, saying any ban would have to come from congress. Congressman Patrick McHenry questioned the SEC’s failure to follow acceptable practices when handling crypto, accusing the chair of making impromptu remarks that have swung markets. Gensler, in response, held that the SEC’s actions have always followed the Administrative Procedures Act.