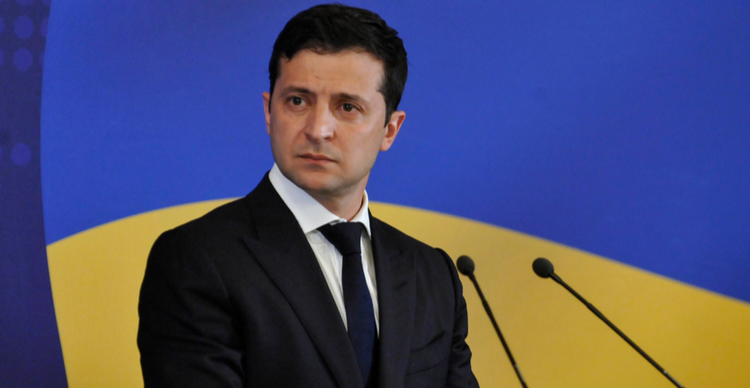 President Volodymyr Zelensky only disagreed with part of the crypto bill, which passed its second hearing towards the end of last month

The office of the Ukrainian President Volodymyr Zelensky has sent back to parliament a proposed bill on crypto regulation. According to an announcement made on the President’s website, Zelensky chose not to enact the bill into law due to some reservations he harboured. The announcement explained that the President wants the bill amended such that the National Commission on Securities and Stock Market becomes the primary body managing crypto assets in the country.

The current bill gives crypto regulation mandate to the Ministry of Digital Transformation, while securities-backed digital assets are under the National Commission on Securities and Stock Market. The National Bank of Ukraine, on the other hand, is to serve as the central bank digital currency (CBDC) issuer.

If the President’s proposed changes are to be implemented, only the National Bank of Ukraine will retain its role in CBDC issuance and supervision. All the other roles will be assigned to the securities regulator.

“In particular, the public reports of the International Organisation of Securities Commissions (IOSCO) state that certain types of virtual assets contain, in their economic essence, features characteristic of financial instruments. Regulation of issuance of such types of virtual assets should be carried out by financial market regulators, as this function is specific to them,” the President’s website read.

The President was also concerned that the creation of these new proposed bodies would be costly.

“The creation of a new body, as provided by this law, will require significant expenditures from the state budget. Therefore, Volodymyr Zelensky proposes to include the regulation of the circulation of virtual assets in the competence of the National Securities and Stock Market Commission.”

Despite passing its second hearing, its return to parliament now means that the legislators will have to review the proposals again before forwarding them to the President. Ukraine has been a relatively friendly landscape to blockchain firms, and the bill proposed by the Ministry of Digital Transformation will potentially make the country’s crypto sector even more attractive.

The securities regulator also expressed concern over the possible involvement of the Ministry of Digital Transformation. The regulator argued that the ministry lacked relevant expertise to handle crypto regulation. The important question now is what direction crypto regulation in Ukraine will take, or rather how much longer it lingers in a grey area.

In addition to the bill’s introduction to parliament (the Verkhovna Rada) last summer, Ukrainian legislators have been working with local regulators to develop a cache of laws that would help integrate crypto into the legal system.