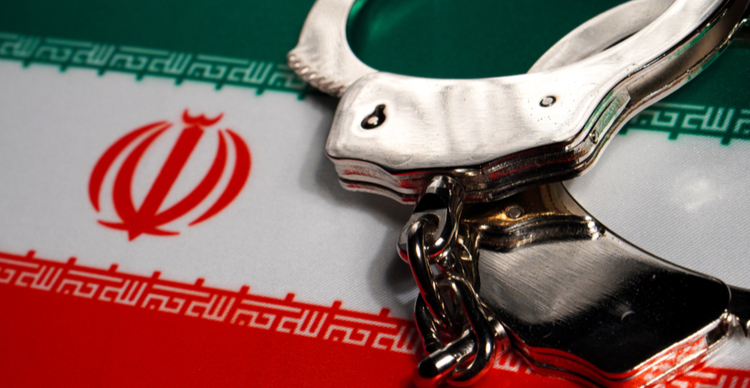 According to local reports, Iranian authorities apprehended members of a network that was running a bogus crypto scheme

The Ministry of Intelligence in Iran confirmed yesterday that it had arrested several people over possible involvement in a cryptocurrency fraud incident. Confirming the arrests through a statement, the intelligence ministry (VAJA) said the fraud involved players who misled users to invest in King Money (KIM), a crypto product, with the offering turning out to be part of a pyramid scheme.

King Money gained its footing through publicity on social media, but users didn’t know that they were signing up for non-existent speculative trading. The ministry explained that eventually the involved parties were able to obtain a good sum of money by ripping off investors. Citizens had already been warned that King Money was a potential fake offering and largely targeted Iranians.

An investigative report from last year showed how shady the ‘developers’ had been about information around King Money. The team members involved in the project failed to clearly provide basic information such as actual names on the currency’s professional white paper. Instead, they chose to go with nicknames. In response to the incident, the intelligence ministry asked Iranians to be wary of investment in unstable markets such as crypto.

Iran has had serious power problems, and crypto mining has contributed massively to this. In fact, the government had previously made several arrests connected to illegal crypto mining farms stealing electricity.

Speaking to the cabinet back in May, Iran’s former President Hassan Rouhani was apprehensive about the strain crypto mining was causing to the power grid, given that 85% of crypto mining in the Asian country was unlicensed. All crypto activities were consequently proscribed for about four months, but it seems crypto mining never fully went away.

As reported by the IRNA, on 29 September, the Stock Exchange and Securities Organization discovered a secret mining operation being carried out at the Tehran Stock Exchange building. Tavanir, the state electricity company, initially denied rumours of such activity, but with the exchange’s own public relations department finding the miners, it is evident that illegal activity was involved.

“During the supervisory proceedings of the Stock Exchange and Securities Organization, a number of miners were discovered in the company’s building.”

The head of the Tehran Stock Exchange has since resigned following the incident, and the market vice president, Mahmoud Goudarzi, is expected to take charge. The exploitation of power resources in the country has plagued citizens with unplanned blackouts that affected businesses and operations. It remains to be seen how the country will handle crypto from now on.