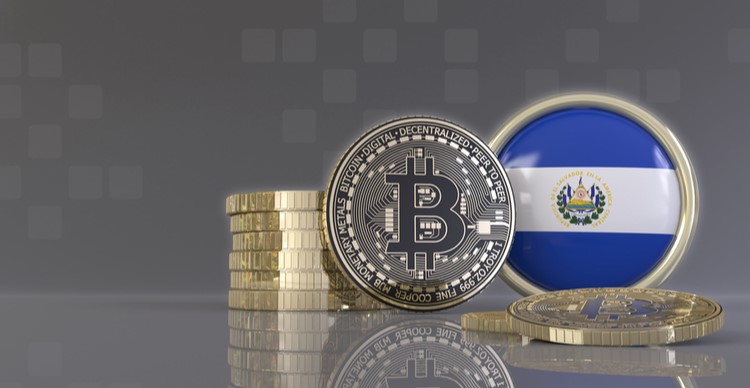 El Salvador’s Bitcoin adoption, Solana’s outage and Coinbase’s little talk with the US SEC are the major highlights of the month

Bitcoin (BTC) has been around for more than a decade, but this is the first time it has become a legal tender in a country. El Salvador’s bill earlier this year to make Bitcoin a legal tender came into effect this month, marking a huge development for the world’s first and largest cryptocurrency by market cap. The government has bought more than 700 bitcoins in recent weeks as it seeks to promote the adoption of the cryptocurrency. It has also installed more than 200 Bitcoin ATMs across El Salvador. President Nayib Bukele has shown that he is a big believer in Bitcoin and is making moves that could eventually pay off for the Central American country in the long run. El Salvador’s move has also encouraged a few countries like Panama and Ukraine to roll out legislation that would make cryptocurrency payments legal.

Cryptocurrency exchange Coinbase caught the attention of the United States Securities and Exchange Commission (SEC) this month, with the regulator asking it to cancel its Lend program as it violates securities laws. Coinbase said the regulator didn’t provide any information as to why it needs to cancel the program. However, Coinbase said it would no longer launch its USDC APY program. Coinbase has also cancelled the waitlist for the program. The SEC wants cryptocurrency exchanges to register with the regulator after lamenting that there is no federal regulatory agency that is currently tasked with overseeing the activities of crypto exchanges. These latest developments come at a time when Coinbase received a contract worth $1.36 million to supply blockchain analytics software to the United States Homeland department.

Solana (SOL) is one of the leading blockchains in the crypto space, and it experienced a blackout earlier this month. The Solana network outage lasted for more than 17 hours. The blackout made it impossible for thousands of users to conduct their transactions and for validators to approve transactions on the network. The Solana Foundation later explained that it was caused by a bug that affected a decentralised offering on the network. The blackout led SOL to lose some of its value after reaching an all-time high above $200 earlier this month. SOL is now trading at the $150 level at the time of writing.

Institutional adoption of cryptocurrencies was strong this month

September was a good month for cryptocurrencies in terms of adoption despite the prices failing to recover to their former best yet again. AMC revealed earlier this month that it had added Ether (ETH), Litecoin (LTC) and Bitcoin Cash (BCH) to the list of cryptocurrencies it wants to accept by the end of the year. The company will start accepting BTC, ETH, LTC and BCH at nearly 600 theatres across the United States by the end of 2021. AMC was also contemplating adding Dogecoin to the list and ran a poll for it, with most of the voters expressing support for adding the cryptocurrency.

MicroStrategy, the corporate entity with the largest Bitcoin holdings, added more bitcoins to its balance sheet this month. The company purchased 5,050 more bitcoins for about $242.9 million, bringing its total holdings to 114,042 bitcoins. MicroStrategy has spent over $3 billion on bitcoins over the past few years.

Financial institutions are expanding their services within the crypto space. Earlier this month, Vast Bank became the first chartered bank in the United States to offer Bitcoin purchase and custody services to its clients. The bank said that the huge demand for Bitcoin from its clients is the reason why it decided to provide these services. Vast Bank received approval from the Office of the Comptroller of the Currency (OCC) and also talked about the matter with the Federal Reserve.

Robinhood has confirmed that it is introducing cryptocurrency wallets by next month. This would allow its users to send and receive Bitcoin and other supported cryptocurrencies from third-party wallets. PayPal has also launched a super app that will serve as a one-stop solution for crypto and non-crypto investors. The payment giant said that the app would come with some exciting features and services that will support bill payments, in-app shopping and early access to direct deposits.

Social media giant Twitter has finally launched its tipping service. The tipping service allows its users to tip each other Bitcoin with ease using the Lightning Network. The payments would be processed by Strike. According to Twitter, users can add their BTC lightning wallet or their Bitcoin address to allow them to receive and send BTC tips. However, the service is restricted to iOS users at the moment, but Twitter said it would soon be available on Android.