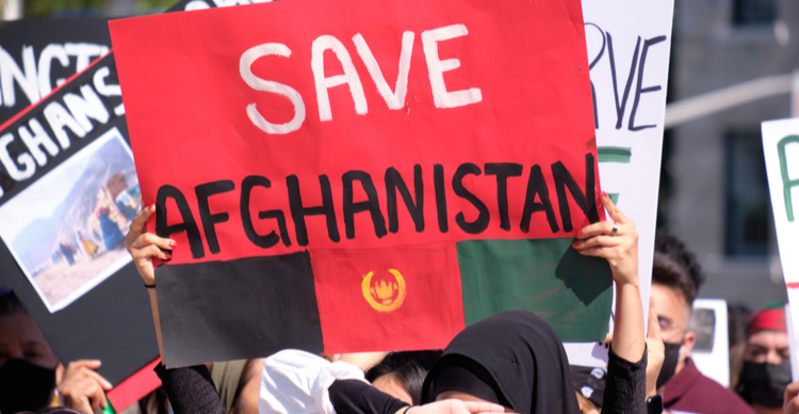 The NFTs featuring artwork inspired by American author Louisa May Alcott will be sold for a starting price of 0.0025 ETH

The blockchain world is famed for its fundraising efforts in times of humanitarian crisis, be it the electricity emergency in Texas or the second wave of the pandemic in India.

Non-fungible tokens (NFTs) platform Bookblocks.io is the latest to use innovation to contribute to such efforts via its new collaboration with Women for Afghan Women aimed at helping women in Afghanistan access education.

With fears of the withdrawal of fundamental rights for women in Afghanistan rising under the Taliban regime, Bookblocks has teamed up with Women for Afghan Women to release a special NFT whose proceeds will go towards the New York-based organisation’s efforts towards enabling educational and vocational training of women in both Afghanistan and the United States

The NFT will be released on 5 October 2021 and will feature half a woman’s face covered with a butterfly wing. The artwork, inspired by American author Louisa May Alcott, will also be accompanied by the quote “nothing is impossible to a determined woman”.

To recognise and create awareness around the plight of the 2.2 million girls who have been unable to return to school in Afghanistan, Bookblocks.io has announced that 2,200 copies of the NFT will be minted and sold.

Each NFT will be released with a starting price of 0.025 ETH which is worth a little more than $75 at the time of writing. All of the funds raised from such sales will go towards supporting the efforts of Women for Afghan Women. Each subsequent sale will have a residual of 5%, the NFT firm noted.

“This is a generation that grew up hopeful and dreaming about their future through educational opportunities,” said Women for Afghan Women’s U.S. country director Naheed Samadi Bahram.

“We are committed to serving Afghan women and girls in Afghanistan and Afghan refugees arriving in the US,” Bahram added.

The Taliban banned education for women when the group controlled Afghanistan in the 1990s and has now only advised men to return to educational institutions as it has re-established control after the US withdrew troops last month. The current situation highlights the capabilities of NFTs in supporting relief measures, making the efforts of Bookblocks.io and Women for Afghan Women all the more crucial.