AMC CEO conducts poll on whether or not to accept DOGE

AMC CEO conducts poll on whether or not to accept DOGE 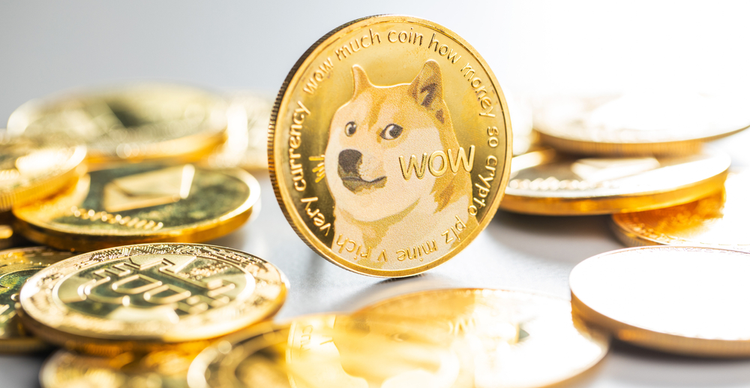 Last week, the world’s largest movie theatre chain, AMC, revealed that it would be accepting Litecoin, Ethereum and Bitcoin Cash for ticket payment. The announcement, made via Twitter, followed an initial one from August, where the firm confirmed it would introduce Bitcoin as a payment method before the end of the year. The updated announcement sparked a debate on the social platform as the Dogecoin community felt snubbed.

Dogecoin holders flooded the comment section of the announcement post demanding to know why the firm had left out DOGE. They argued that the meme cryptocurrency was preferred in making payments more than some of the listed crypto assets. Some of them asked the firm’s chief executive, Adam Aron, to consider accepting Dogecoin as payment for concessions and online ticket sales.

It appears that Aron took into account the recommendations. Yesterday, the AMC boss shared a poll on Twitter asking for the opinion of his audience on the matter.

“I sincerely want to hear your opinion, via this Twitter Poll. By year-end 2021, AMC will take Bitcoin, Ethereum, Litecoin and Bitcoin Cash for online payments. I hear from many on my Twitter feed we should accept Dogecoin too. Do you think AMC should explore accepting Dogecoin?” the post read.

The tweet attracted many users who quickly voted by selecting one of the four options offered. At time of writing, more than 114,000 users have replied, with the majority of the respondents being in support of adding Dogecoin. 70% of the users have voted on the ‘Yes, for sure do it’ option, while another 8% have settled on the ‘Yes, but I won’t use it’ option.

15% of those who voted against the crypto asset believe accepting Dogecoin would be a waste of effort. The remaining ones contend that it is not important to feature the cryptocurrency. There are still 7 hours left to vote, but it appears those in favour of the option will come out at the top.

Should that be the case, AMC may update the list of accepted crypto to include Dogecoin. If that happens, the ‘meme stock’ movie theatre chain will become the latest entity to support Dogecoin payments. Some of the other entities that have embraced the meme crypto include NBA team Dallas Mavericks and online retailer Newegg.

Dogecoin is, as of writing, the tenth-largest cryptocurrency by market cap with a figure of $27.5 billion.