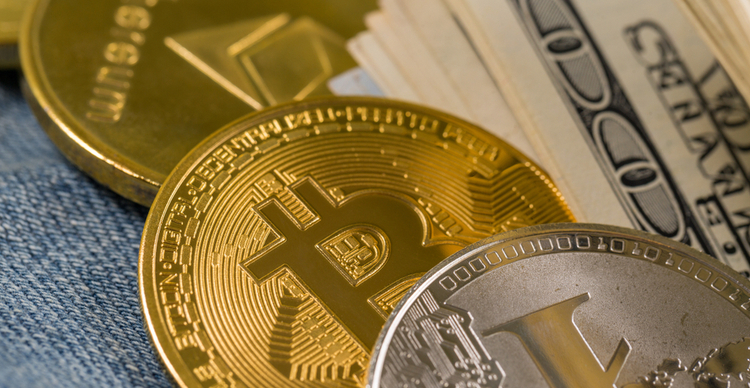 Institutions in the banking and trading sectors are gradually bringing cryptocurrency services to their customers. Here is a look at the top headlines this week

US-based banking and investing company MoneyLion announced on Monday that it had added a crypto services option to its financial app. The company also confirmed it remains on schedule to go public later in the month. Users will only be able to trade in Bitcoin and Ethereum, but the firm intends to embrace other crypto coins in the long run.

According to a shared press statement, MoneyLion’s Dee Choubey noted that the new offering would help customers manage their finances better. Choubey argued that these digital assets fell in line with the company’s objective to provide relevant education and tools to guide customer decisions. In what he defined as part of early measures geared towards entry into the decentralised finance (DeFi) market, Choubey added that the firm would start by creating more awareness among its consumers.

He also highlighted that the organisation could explore more crypto products, including non-fungible tokens (NFTs) and yield products. The FinTech company further revealed that it would be sponsoring a $1 million crypto prize pool that would see early members of MoneyLion Crypto bag themselves part of the Bitcoin reward.

Via a tweet on Monday, Michael Saylor, one of the most vocal Bitcoin proponents, announced to the crypto community that his company MicroStrategy had bought a new stash of 5,050 bitcoins for $242.9 million. The addition means that the company now owns a total of 114,042 bitcoins acquired at an average price of $27,713 per Bitcoin.

In addition, the company’s filings to the SEC detailed that in Q3 2021, MicroStrategy bought up 8,957 bitcoins for an approximate total of $419.9 million. Saylor, the firm’s chief executive, prioritised getting MicroStrategy into the Bitcoin business in 2020 as a security strategy. Jack Dorsey’s Square and Elon Musk’s Tesla were among the major companies to follow suit and shift part of their reserves into Bitcoin.

Not all the executives seemed impressed with the addition of another significant chunk of crypto into the company’s portfolio. Some reportedly sold their MicroStrategy stock soon afterwards, which did little to instil confidence in the Bitcoin decision. Last week, Saylor made remarks that suggested getting into crypto instead of Gold saved his company from making “a multi-billion dollar mistake”.

Cryptocurrencies have continued forging a path into mainstream acceptance. AMC CEO and Chairman Adam Aron revealed on Wednesday that the entertainment company would, by the end of the year, enable ticket purchases via Ethereum, Litecoin and Bitcoin Cash.

This announcement followed an initial one made in August, though the previous one only mentioned Bitcoin as the sole digital asset to be accepted. In addition, the initial announcement revealed that AMC would enable Apple Pay and Google Pay services at theatres. It is worth noting that both of these services have recently partnered with publicly traded exchange Coinbase for Coinbase card offerings.

Not all were pleased with the announcement, and the DOGE community particularly stood out as they questioned why the coin had been left out of the payment options. The community claimed that Dogecoin is significantly used — even more than some of the listed cryptocurrencies. It might well be justified to claim the coin has gained popularity as a means of payment, given that Mark Cuban recently revealed that his Dallas Mavericks team received 95% of merchandise sales payments in DOGE.

Interactive Brokers launches crypto services in the US

Financial services company Interactive Brokers announced at the beginning of the week that it would be partnering with Paxos to bring cryptocurrency trading to its clients. The firm revealed that users would be able to trade in and hold Bitcoin, Litecoin, Ethereum and Bitcoin Cash through the Paxos Trust Company.

The announcement further revealed that the service would be initially limited to customers residing within the US, with the company planning to launch it for international markets in the future. Interactive Brokers becomes just the second major broker after Robinhood to directly invest in crypto.

To make its entry into the market even more appealing, the online brokerage firm said it would charge users low fees. Specifically, the platform will charge between 0.12% and 0.18% of trade value, hinging on monthly volumes, and users would need to stretch to a minimum of $1.75 per order.

Rising market interest has pushed Coinbase, one of the world’s largest crypto exchanges, to up its junk-bond offering to about $2 billion from an initially announced $1.5 billion. The sale is facilitated by investment banking institution Goldman Sachs.

Citing an anonymous source, Bloomberg reported on Tuesday that investors offered interest rates that were lower than Coinbase initially wanted. This showed that investors had a much stronger belief in Coinbase’s creditworthiness than the company predicted. It was also reported that bidding of up to $7 billion in total value was seen.

The sale was finally made in equal amounts of seven and ten-year bonds that would receive interest rates of about 3.375% and 3.265%. However, despite being lowered, these rates are still higher than the average 2.86% yield gained on similarly rated debt. Coinbase intends to use the funds gained from the development to enhance its investment in product development and the probable acquisitions of other technologies, companies and products in the future.