Weekly report: Crypto exchange Coinbase is in the spotlight

Weekly report: Crypto exchange Coinbase is in the spotlight 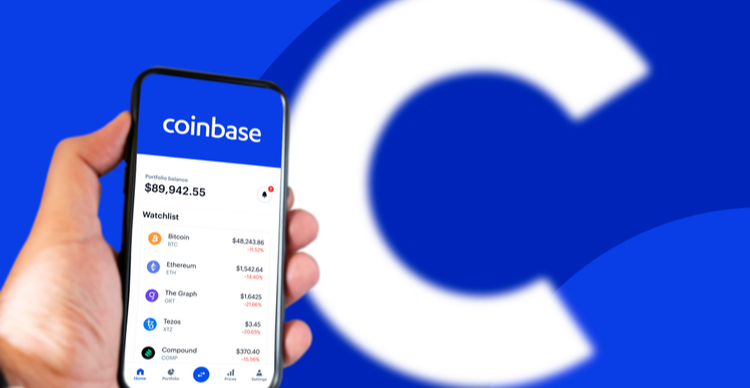 Coinbase to raise $1.5 billion, regulators ask the exchange to register

Coinbase, one of the leading crypto exchanges in the United States, revealed earlier this week that it wants to raise $1.5 billion through a debt offering. The exchange said the proposal was to sell Senior Notes due 2028 and 2031 to private investors, but it was subject to market conditions and other factors. Coinbase will use the funds to invest in product development, future investments and acquisitions in products and technologies from other parts of the world and other general corporate expenditures.

The US Securities and Exchange Commission (SEC) chair Gary Gensler told the Senate banking committee that Coinbase needs to register with the regulator. According to Gensler, no federal regulatory agency has direct oversight of the activities of cryptocurrency exchanges. This comes just a few days after the SEC told Coinbase to shut down its Lend programme without giving the exchange any reason. Gensler maintains that most of the crypto projects currently available are securities and should be under the jurisdiction of the SEC.

The cryptocurrency exchange has also filed with the US National Futures Association (NFA) to launch futures and derivatives products on its platform. Coinbase wants to make it possible for its traders, both retail and institutions, to gain access to cryptocurrencies via alternative investment vehicles. If the NFA approves, Coinbase will need to register with the Commodity Futures Trading Commission (CFTC) to offer futures and derivatives to its clients.

The Solana network experienced a blackout that lasted for nearly 24 hours this week. The mainnet was unstable for that time, affecting the transactions of thousands of users on the blockchain network. The engineers investigated the issue and fixed it. However, the blackout affected Solana’s performance in the market. SOL was trading above the $200 mark last week but dropped to the $150 zone following the news of the outage. Solana aims to provide stiff competition to the likes of Ethereum, Cardano and the Binance Smart Chain.

AMC, the leading theatre chain operator in the United States, announced last month that it would start accepting BTC payments across its 593 locations in the country. However, the company’s CEO Adam Aron announced earlier this week that AMC is adding Ether (ETH), Litecoin (LTC) and Bitcoin Cash (BCH) to the list. This means that BTC, ETH, LTC and BCH will be accepted as payment methods at nearly 600 AMC theatres across the United States. The move highlights the continuing adoption of Bitcoin and other leading cryptocurrencies, and more corporate entities are expected to make similar gestures over the coming months and years.

Litecoin and the Walmart saga

Litecoin was briefly involved in some news hype earlier this week after a press release went wrong. A fake press release was issued earlier this week by GlobeNewswire claiming that the Litecoin Foundation had partnered with Walmart, the leading retailer in the United States. According to the press release, Walmart will start accepting LTC as a payment option on its e-commerce platform as it looks to start adopting cryptocurrencies. The press release sent LTC’s price surging by more than 30% within the space of an hour.

However, Walmart came out to deny such an agreement with the Litecoin Foundation. GlobeNewswire also asked journalists and readers to disregard the news as it was fake. Litecoin’s price tumbled back to its previous price as soon as the denial statements were made. The Litecoin Foundation also deleted the tweet about its partnership with Walmart.

Tech giant Google is looking to enter the non-fungible token (NFT) space after partnering with Dapper Labs. Google partnered with Canadian blockchain startup Dapper Labs to allow it to make some moves in the blockchain space. The partnership will see Dapper Labs’ Flow blockchain use Google Cloud as its network operator. This will provide scalability solutions to the Dapper Labs blockchain and allow it to host more decentralised applications (dApps) on its platform.

Interactive Brokers, one of the leading brokerage platforms in the world, partnered with the Paxos Trust Company to launch cryptocurrency trading services for its clients. According to Interactive Brokers, its clients can now trade and custody Bitcoin (BTC), Ethereum (ETH), Litecoin (LTC) and Bitcoin Cash (BCH). Interactive Brokers said its platform has low commissions of just 0.12% – 0.18% per trade value, which is better than the 2% most exchanges and brokers offer to their clients. The broker added that the increasing demand for cryptocurrencies amongst its clients is the reason why it launched its crypto trading services.

OpenSea, the largest NFT marketplace in the world, confirmed this week that its head of product was using insider information to trade NFTs. Nate Chastain was accused of using secret ETH wallets to buy OpenSea’s front-page NFT drops prior to their general release. OpenSea implemented a few policies that would ensure such a thing doesn’t happen again in the future.