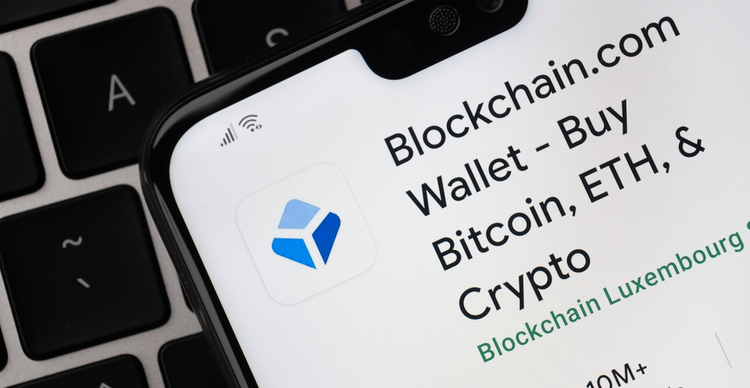 Blockchain.com, one of the leading crypto trading platforms and wallet service providers, has indicated its desire to become a publicly listed company. Macrina Kgil, Blockchain.com’s chief financial officer, told Fortune in a recent interview that the company is eyeing a stock exchange listing by 2023. The company has experienced massive growth over the past few years, with the CFO revealing that Blockchain.com had processed over $1 trillion in cryptocurrency transactions in the last decade. Blockchain.com joins a list of prominent crypto entities to seek a stock exchange listing. Cryptocurrency exchanges Binance and Kraken and stablecoin issuer Circle have all indicated their desire to go public over the next 1 to 3 years.

Another decentralised finance (Defi) protocol suffered an exploit this week, with investors losing millions in the process. Cream Finance announced earlier this week that it lost $18.8 million in a flash loan attack. The DeFi lending protocol said the hacker exploited a flaw in the $AMP token contract to execute the hack. Cream Finance joins the long list of DeFi protocols to have suffered attacks over the past few months, with users losing millions of dollars in the new market. The Cream Finance team said they would replace the stolen ETH coins and AMP tokens to ensure that users don’t suffer from any liquidity issues. The developers will set aside 20% of the protocol fees to repay the affected users and will ensure that everyone is paid what they lost. The DeFi market is relatively new, and more work needs to be done to provide adequate security to investors and market participants.

Jack Dorsey’s companies, Twitter and Square, have become heavily involved in the cryptocurrency space, especially in Bitcoin. Twitter is working on a new feature that will allow its users to tip each other using BTC. The social media’s beta testing suggests that the development team is working on the feature. The Bitcoin tipping service is expected to use the Lightning Network (LN) to process small BTC payments. The service is also expected to support both custodial and non-custodial Bitcoin wallets.

In a separate report, Twitter is also said to be working on an interface that would allow users to add their Bitcoin and Ether address to their profiles on the social media platform. This address feature would make it easier for people to copy your BTC or ETH address and make payments. The idea behind the feature is to enable Twitter users to receive tips in crypto through its Tip Jar service.

Binance is the leading digital currency exchange in the world and has come under heavy scrutiny over the past few months. This time around, it is facing challenges in Singapore. The country’s financial regulator, the Monetary Authority of Singapore (MAS), has placed Binance.com on its investor alert list. The list contains names of individuals and financial entities that investors should avoid. These individuals and companies are providing financial services without obtaining a licence from the regulator, and as such, they are deemed unsafe for Singaporeans. This latest development comes as a blow for Binance, with the company making efforts in recent months to hire ex-regulatory chiefs to ensure the crypto exchange operates within the confines of the law.

FTX is one of the fastest-growing digital currency exchanges in the world, with the company experiencing exponential growth in the past year. FTX.US, the United States arm of the cryptocurrency exchange, announced earlier this week that it had agreed to buy LedgerX. The acquisition is a huge deal for FTX as LedgerX is a CFTC-regulated digital currency futures and options exchange and clearinghouse. By acquiring LedgerX, FTX.US should find it easy to offer derivatives trading services to its customers in the United States. The exchange will offer the service in a regulated manner, ensuring that it doesn’t get in trouble with the CFTC. The acquisition is one of the major catalysts that pushed the FTT token to a new all-time high yesterday. FTT, the native token of the FTX crypto exchange, reached a new all-time high at $66 yesterday, cementing its place as one of the leading cryptocurrencies in the world. FTT is the second-largest exchange token, only behind Binance’s BNB coin.

Bitcoin (BTC) will officially become legal tender in El Salvador on 7 September. However, the government has been making the necessary provisions to ensure everything runs smoothly. The government has launched a $150 million Bitcoin trust to aid with the adoption process. Some of the funds will be used to give the citizens $30 for downloading and using the Chivo Bitcoin wallet. Furthermore, the government has installed 200 Bitcoin ATMs across the country to make it easy for people to buy and sell BTC.

Popular cryptocurrency wallet Metamask has surpassed 10 million active monthly users. The Ethereum-focused wallet has experienced a 1,800% growth over the past year, thanks to the increased interest in the decentralised finance space. The rising interest in non-fungible tokens (NFTs) is another key reason why Metamask has recorded a massive increase in its monthly active users.

Vast Bank has set the record as the first chartered bank in the United States to offer Bitcoin buying and custody services to its customers. The bank’s CEO Brad Scrivner told Forbes earlier this week that the increase in demand from its customers is the major reason why it will start offering Bitcoin services. The bank has received approval from the Office of the Comptroller of the Currency (OCC) and has discussed the matter with the Federal Reserve.