ADA crosses the $3 mark for the first time

Early today, the native token on the third generation Proof of Stake blockchain platform Cardano smashed the coveted $3 level, setting a record high. The development comes on the back of a broader market rally and places ADA among the biggest gainers over the past week. This is the first time the token has achieved this milestone since its launch in 2017.

Many signs pointed in this direction following the token’s impressive run last month. Some analysts previously projected that the token price would surge as the launch of smart contracts approached. The $3 mark has been a point of long-term resistance, and experts believed the token would cut above the mark after the much-anticipated Alonzo hard fork.

However, ADA’s recent upswing to $2.10 convinced many that it would surpass the mark before the hard fork. ADA peaked at $3.097 at 09:00 UTC, according to Coinmarketcap, before dipping. The token climbed higher minutes later, touching $3.10 – the current all-time high. ADA is currently changing hands lower at $3.02 but is still 8.2% up in the last 24 hours. 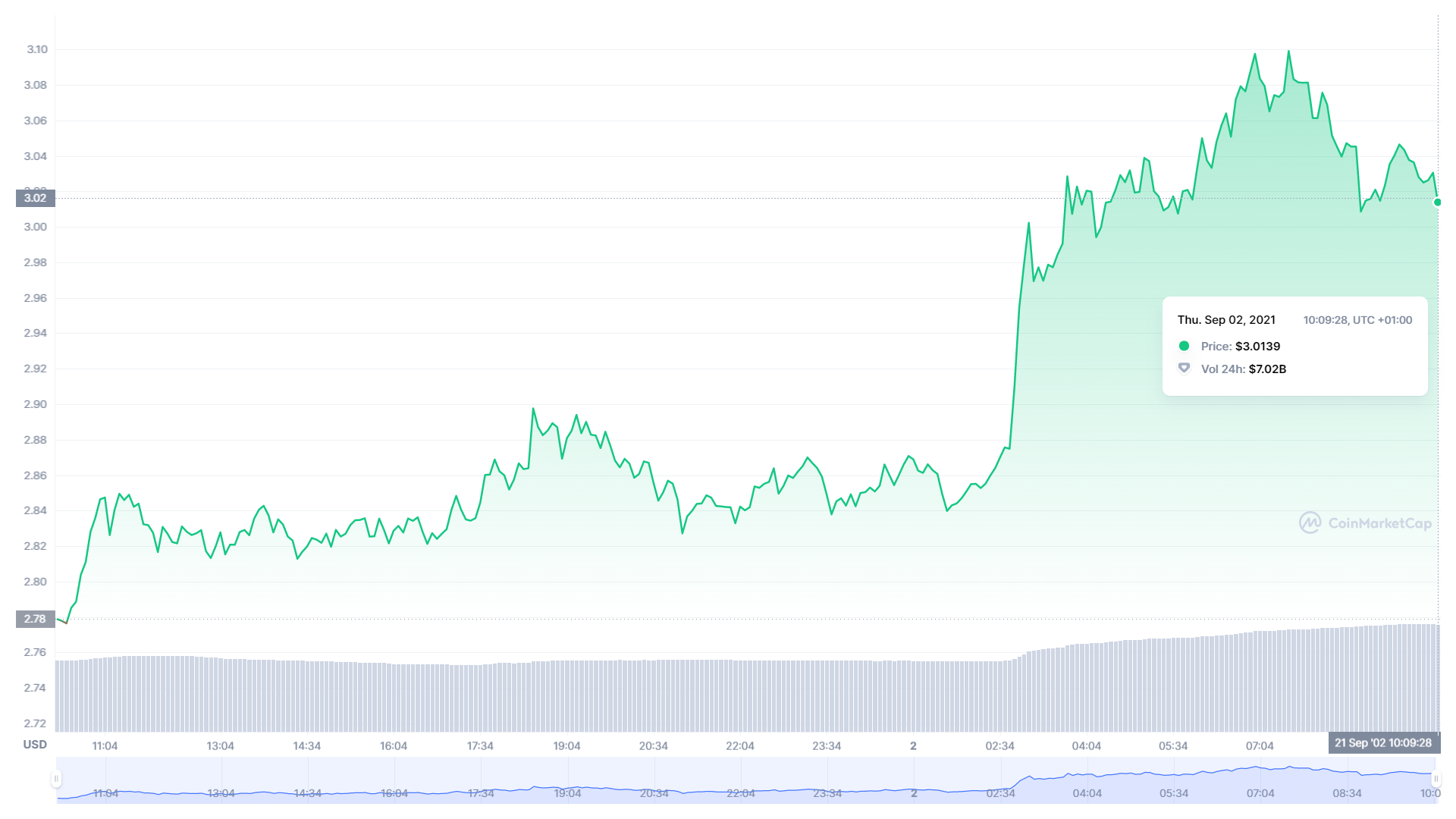 Year to date figures show that the token is up by almost 1,600%. Cardano’s ADA ranks third among cryptocurrencies in terms of total market cap and is eyeing $100 billion if the uptrend continues. Yesterday, IOHK announced through a Twitter post that the Cardano testnet officially supported smart contracts, with the next step being the mainnet upgrade slated for 12 September.

Elsewhere, Hong-Kong based crypto exchange FTX announced an acquisition deal involving US crypto derivatives platform LedgerX at the beginning of the week. The bullish news injected fresh upward momentum into the FTX token, pushing its price beyond $70, according to data on Coinmarketcap. 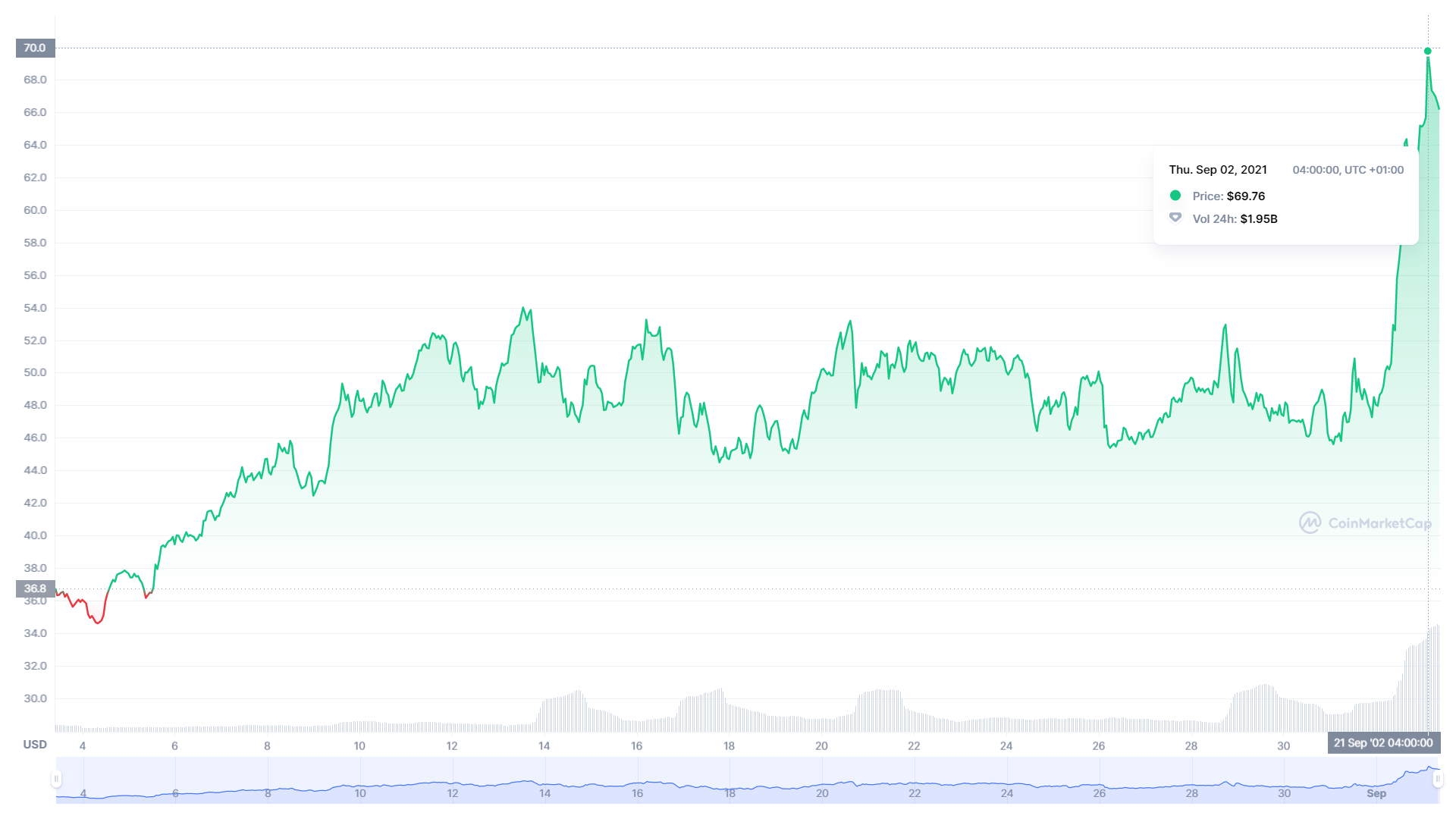 FTT steadily climbed towards $65 yesterday, eventually hitting $66.33 earlier today to surpass its previous record high set in May. The token briefly dipped to $62 before rallying again to set a new high just short of $70 around 06:00 UTC. It has since been on a corrective path and is trading at $66.48. The FTX token lies second among the largest exchange tokens behind Binance’s BNB with a market cap closing in on $6.4 billion.