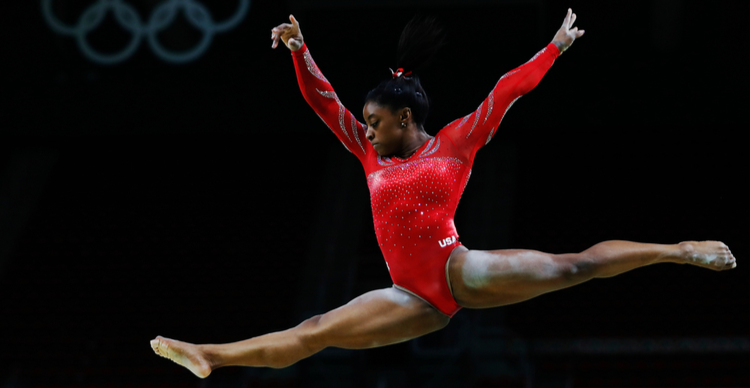 Simone Biles, the world’s most decorated gymnast, on Monday confirmed she would release the first drop of her non-fungible token (NFT) collection today

Superstar gymnast Simone Biles will be joining a list of athletes that have forayed into the NFT sector after confirming the release of her NFT collection. The seven-time US all-round champion has led an illustrious career in her field, notwithstanding her withdrawal from the Tokyo Olympics. She has won seven Olympic medals in the sport, making her only the second to achieve the feat in the US.

Biles’ NFT collection will be released via Autograph – an NFT platform co-led by Tom Brady and internet entrepreneur Richard Rosenblatt. Brady, a seven-time Super Bowl champion, on his end is considered one of the greatest quarterbacks ever to grace the sport, and his influence has been significant in making NFTs popular in the sports realm.

According to the press release detailing the announcement, the Premier editions of Simone Biles’ NFTs will be released today as part of The Preseason Access collection. The Signature editions will arrive shortly on Thursday and will notably have on show digital signatures from the 19-times World gold medal winner. The first batch of the collection contains more than 10,000 NFTs selling at a price of $12. Items in the Simone Biles Collection can be bought on the DraftKings Marketplace.

Speaking about the partnership with Autograph, Biles said, “I want to diversify my creative skills and explore new ways and platforms to reach fans through collecting and digital art. I am excited to work with Autograph and provide my perspective as part of the Advisory Board. I am honored to join a group of very accomplished legends and greats […] and help lead the next generation of digital collecting for our fans.”

Last week, the reigning champion at the US Open and the Australian Open, Naomi Osaka, released her NFT collection with Autograph. The four-time Grand Slam singles champion also became a member of the Board of Advisors.

In the NFT market as a whole, NFT sales since the start of the month are at the brink of touching $900 million as per NFT analytics platform NonFungible.