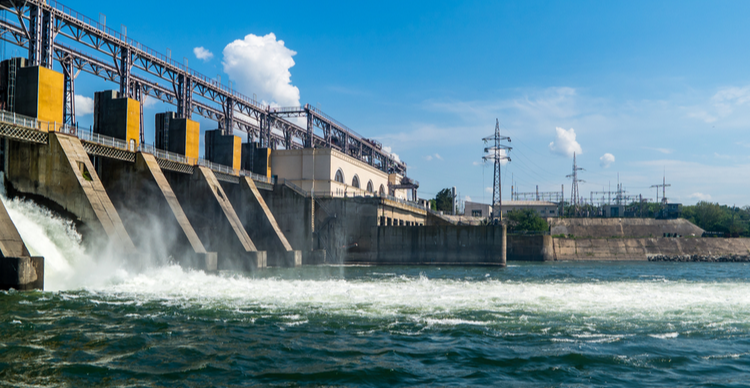 The Office of the People’s Government of Yingjiang County in China issued instructions to hydroelectric power supply plants in the region to cut off electricity for Bitcoin mining operations earlier this week. The event marks the latest development in China’s crackdown on the crypto mining industry in the country.

Regulators have informed the power plants that failure to delist illegal Bitcoin miners from the supply will result in the forcible dismantling of electricity to mining operations in the jurisdiction.

Further, the notice mandates hydropower stations to submit a report to China’s National Development and Reform Commission (NDRC) once the process of decommissioning electricity is completed. Such reports are expected to be used by the NDRC to improve law enforcement efforts on illegal power supplies to crypto mining operations.

This resistance to crypto mining has pushed China’s contribution to the global Bitcoin hash rate to 46.04% as Chinese miners are seeking refuge in Central Asia and African countries with better regulatory prospects.

President Nayib Bukele took to Twitter to announce that El Salvador is rolling out 200 ATMs and 50 bank branches nationwide in a bid to improve the county’s cryptocurrency infrastructure amid the implementation of the Bitcoin adoption bill next month. The move is expected to improve the accessibility and convenience of crypto to fiat transactions and further promote mass adoption in the nation.

The new ATMs will be compatible with El Salvador’s state-backed crypto wallet Chivo, as well as all existing crypto wallets.

Addressing concerns regarding the bill and its implementation, the President further said that no one was being forced to use Bitcoin and individuals who do not wish to engage with crypto will be able to exchange any Bitcoin they receive for cash in these ATMs.

The bill to adopt and accept Bitcoin as legal tender was passed in June by the Salvadoran parliament and is aimed at reducing transaction costs and integrating the unbanked population into the economy.

However, its rather hasty implementation and lack of clarity on the regulators’ plan of action has led to criticism from institutions like the International Monetary Fund and organisations like Fitch Ratings.

US Infrastructure Bill could affect over 60 million Americans

The global Vice President of Tax at Coinbase, Lawrence Zlatkin, expressed disappointment over the lack of public discourse over the rushed addition of cryptocurrency-based provisions in the United States Congress’ infrastructure bill. The executive pointed out that the hastily inserted crypto amendments could impact over 20% of the American population.

“Today, around 60 million Americans own crypto — roughly one-fifth of the entire U.S. population. Those Americans, and the entire crypto ecosystem, deserve more dialogue than midnight provisions inserted at the last minute,” Zlatkin stated in an editorial article on Bloomberg.

The Infrastructure Bill, which was recently passed by the United States Senate without voting on the proposed amendments to the crypto tax reporting mandates, plans to raise $1 trillion to fund roads, bridges and major infrastructure projects.

Zlatkin explained that the outrage against the unfair treatment of the crypto industry and lack of clarity in the language used in the bill goes beyond the crypto community, adding that senators were contacted by over 80,000 people in just the last few days.

The Coinbase executive particularly emphasised the potentially broad interpretation of the definition of the term digital asset broker and stated that if implemented in its current form, the bill would impose unreasonably strict tax reporting requirements on validators and software developers, pushing them out of the US.

The Digital Carbon Footprint SaaS Service seeks to overcome the barriers of trust and transparency in a company’s reporting of carbon emission data by capitalising on the benefits of a public blockchain system.

“VeChain’s blockchain-based Digital Carbon Footprint SaaS Service provides a comprehensive and scalable platform for any enterprise to be able to better calculate, track and report their carbon reduction initiatives across the entire value chain,” the announcement stated.

The service allows companies to use its key data metrics regarding its carbon footprint and integrate it with leading assurance providers in the VeChain network who can then allow the organisation to derive new value out of the data and improve its sustainability performance.

The United Kingdom Financial Conduct Authority (FCA) has issued a notice regarding leading cryptocurrency exchange Binance, stating that the exchange was incapable of being effectively supervised and thus its complex and high-risk products are a danger to users.

The notice further prevented Binance from undertaking all services that were authorised by the FCA in 2018. This includes advising and dealing with crypto investments of its users. The exchange has also been asked to halt all advertisements and promotions in the United Kingdom.

The financial watchdog stated that the restrictions being imposed on Binance were a result of the exchange’s inability to satisfy the Effective Supervision Threshold Condition and the lack of appropriate protection for its consumers.

Further, Binance’s failure to submit, report and implement its business plan on prevention of money laundering and terror financing has also contributed to the decision, the FCA stated. Binance has responded by stating that it will continue to work with regulators to encourage innovation while ensuring consumer protection.