Crypto accounted for 73% of eToro’s total commissions in Q2

Crypto accounted for 73% of eToro’s total commissions in Q2 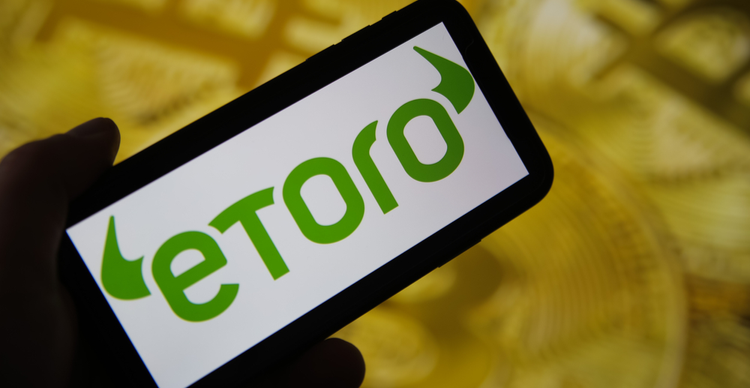 By comparison, crypto-assets accounted for just 7% of eToro’s commissions during the second quarter of 2020

The surge in cryptocurrency prices and trading activity saw eToro earn up to 73% of its commissions from crypto assets during the second quarter of 2021, the online broker revealed in its financial results released on 25 August.

In a letter to investors and partners, eToro co-founder and CEO Yoni Assia noted that the company’s Q2 2021 commissions had jumped 125% compared with the same quarter last year, rising to $362 million. Net trading income also grew triple digits, increasing by 136% to $291 million.

The CEO told investors that as cryptocurrencies experienced a major price spike, eToro’s total trading commissions soared. Overall, crypto-assets brought in 73% of the firm’s earnings and accounted for $264.26 million of recorded commissions. The increase in trading commissions was significant compared with results released in the second quarter of 2020 when eToro raked in about $11.2 million from crypto assets.

According to Assia, the growth reflects the move towards self-directed investing witnessed amid an explosion in user numbers. The social trading platform saw its global user base grow to over 23 million, with 2.6 million new users reportedly registering for accounts during Q2.

The growth contributed to the spike in trading activity, the eToro chief executive noted, pointing to the “strong interest from retail investors in crypto markets” in Q2.

“Interest was diversified across the cryptos offered by eToro with the highest trading volumes in BTC, XRP, ETH, ADA and DOGE,” Assia added in the letter.

XRP saw the highest total commission returns for eToro with 16%, while Cardano (ADA) with 15% and Ethereum (ETH) with 14% provided the next highest totals. Bitcoin (BTC), which accounts for the most assets under management at 22%, only contributed 7% of trading commissions.