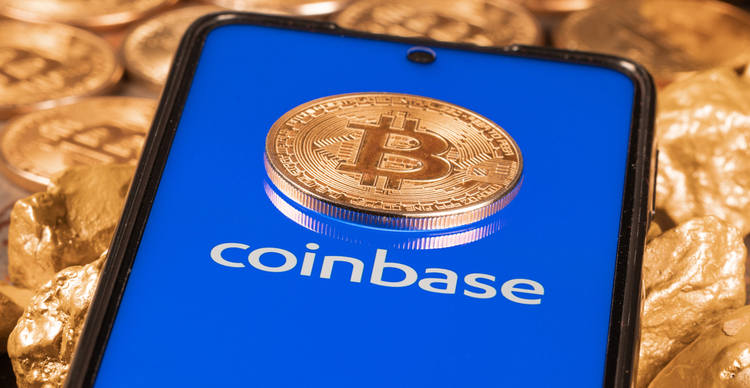 United States’ largest crypto exchange Coinbase announced earlier today that it will be the first publicly traded company to hold Ethereum, DeFi tokens and Proof of Stake assets after the exchange’s board approved a proposal to add $500 million worth of cryptocurrency to its balance sheet.

CEO Brian Armstrong further took to Twitter to announce that Coinbase will be investing 10% of its quarterly net profits going ahead in digital assets. The executive added that he expects the percentage of profits dedicated towards crypto investments to only increase in the coming years.

In a blog released post the announcement, Coinbase explained its decision by stating that the exchange envisions a future where all forms of everyday economic transactions will be based on cryptocurrency and digital assets. Thus, as a step towards such adoption, Coinbase hopes to lead by example and start by establishing crypto utility through a buyback program.

Speaking about the decision, CFO Alesia Haas stated that she believes that an increasing number of companies will hold crypto assets on their balance sheet in the future.

“We hope by incorporating more crypto assets into our own corporate financial practices, we can take another step towards building a more open cryptoeconomy”, she concluded.

A survey conducted by Harris Poll for USA Today has shown that minority groups in the United States including Black, Hispanic and LGBTQ+ Americans have not only shown higher crypto awareness but are also more likely to own cryptocurrency.

The results were drawn from the surveys that interviewed 2,010 and 2003 American adults in June and July. While 13% of the general American public and 11% of white Americans reported holding digital assets, 23% black Americans, 17% white Americans and about 25% Americans from the LGBTQ+ community indicated that they had invested in cryptocurrencies.

Harris Poll CEO John Gerzema pointed out that the results can be understood in light of the long history of financial discrimination towards minority groups. He added that cryptocurrency offered an alternative with “now, open and seemingly few barriers”, making it popular among the minority communities.

Bloomberg reported that the projects were chosen based on factors such as the quality of pricing, institutional trading and custody readiness. The index is designed to ensure that no project would ever account for less than 1% of the overall value of the index. Similarly, no project will be allowed to represent more than 40% of the index on its own. Further DeFi protocols will be added or removed on a monthly basis, the announcement said.

The warning explained that Binance had failed to prove its compliance with Netherlands’ Anti Money Laundering and Anti-Terror Financing regulations. Binance’s operations as a custodian wallets service provider and as an exchange that facilitates transactions between virtual and fiat currencies are both illegal in the country, the central bank stated.

“This may increase the risk of customers becoming involved in money laundering or terrorist financing”, the notice cautioned.

Netherlands becomes the latest in the list of countries including Malaysia, Japan, the UK, Cayman Islands, Hong Kong, Thailand, Germany, and Lithuania to issue warnings against Binance.

Responding to the development, Binance CEO Changpeng Zhao stated that Binance is undergoing a pivot from being a technological innovator to a financial service company. He emphasised that regulatory compliance was Binance’s top priority and added that the exchange has been significantly expanding its legal and compliance teams to meet the regulatory needs of different territories.

After signing high profile partnerships with UFC and Formula 1, Digital assets service provider Crypto.com announced an Innovation and Technology partnership with the Italian football league Lega Serie A this week.

In a statement, Lega Serie A explained that Crypto.com will be using technology to enhance the viewing experience by presenting key broadcast moments for the league. The multi-year partnership will also focus on presenting the prestigious “goal of the month” along with aiding the use of video playbacks in umpiring decisions like judging the legitimacy of goals and declaring fouls.

Previously, Crypto.com had launched a non-fungible token or NFT offering for Lega Serie A in the Coppa Italia football cup held earlier this year. The new partnership is thus expected to lead to the launch of more NFT collections going ahead.

Lega Serie A CEO Luigi De Siervo stated that the partnership was one of the many marketing initiatives that are being designed for fan engagement and is aimed at bringing fans closer to the game using innovation and technology.