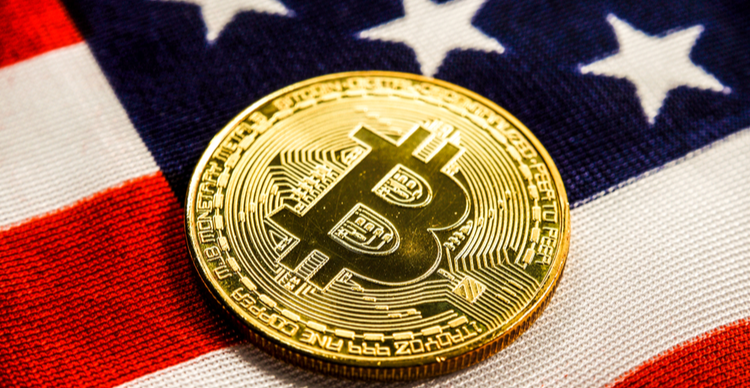 One of South Korea’s largest remittance banks, Global Money Express (GME) joined hands with Ripple earlier this week in a move that is expected to help Ripple expand remittances between South Korea and Thailand. GME stated that the partnership will help the institution connect with existing customers while simultaneously adding additional remittance corridors across the region.

The partnership, facilitated by SBI Ripple Asia, is the latest in the list of Korean financial institutions that have announced integrations with RippleNet. Ripple’s increasing interest in the corridor can be attributed to the number of transactions between South Korea and Thailand via RippleNet increasing by two times over a year.

The announcement led to a price surge in Ripple’s native token XRP. The world’s 6th largest cryptocurrency regained the $0.90 price point on 11 August before briefly reaching $1 yesterday. XRP is trading at $0.99 at the time of writing. The increasing price also pushed XRP beyond the $40 million market cap, marking another milestone for the cryptocurrency.

Despite Ripple’s legal troubles with the United States Securities and Exchange Commission (SEC), the company is continuing to expand and grow, especially in the Asia-pacific region. The strong customer momentum in the region has led to the growth of a year-over-year transaction of 130%, an improvement that can be attributed to Ripple’s new partnerships.

In a disappointing turn of events for the crypto community, the United States Senate passed the infrastructure bill with a 69-30 vote this week. The bill is aimed at raising about $28 billion in the next ten years by increasing tax reporting requirements for crypto brokers. The bill, if implemented in its current form, is expected to have serious ramifications for crypto miners, validators and wallet developers.

The crypto industry has pushed back on the $1 trillion infrastructure bill stating that the definition of brokers in the bill is too broad.  Despite the numerous lobbying attempts, the Senate refused to vote on the bipartisan compromise amendment that was introduced to limit what the bill classified as crypto brokers.

Crypto advocates continue to point out that without adjustments, the bill would significantly hamper innovation in the United States and push crypto businesses abroad as it sets unattainable reporting standards.

However, hope still remains for the crypto industry as the House of Representatives has the last say on finalising the wordings of the bill. Several members have already expressed their displeasure with the current text.

The total value of cryptocurrencies in circulation reached $2 trillion this week after Bitcoin hit the $45,000 price level. The market cap is one of the key indicators of the health of the crypto industry and regaining the $2 trillion milestone after three months offers significant evidence that the bearish trends which appeared in early June have been conquered.

In the last week, the crypto market has grown by over 25%, adding $400 billion to its total value. The world’s number one cryptocurrency is currently trading at $46,272, a major surge from being valued at $40,946 last week, leading to strong bullish momentum in the market.

Bitcoin’s price surge extending to the wider market can be seen as an indication of an incoming altcoin season. 14 of the top 100 cryptocurrencies including IoTeX (IOTX), WINk (WIN) Dent (DENT), Internet Computer (ICP) and Ravencoin (RVN) outperformed Bitcoin by over 3%.

The markets have continued to retain the bullish bias despite concerns over the US Senate’s infrastructural bill. The recovery can be attributed to growing interest from institutional investors, increased venture funding for crypto start-ups and crucial accumulation of crypto by retail investors among other factors.

India to reveal CBDC model by end of 2021

Deputy Governor of the Reserve Bank of India (RBI), T. Rabi Sankar, stated that the central bank may unveil a model of its Central Bank Digital Currency (CBDC), the Digital Rupee, by the end of this year. With reports of India’s impending crypto ban, the interest in CBDCs can act as a tool for blockchain and crypto adoption in the world’s second-most populous country.

Speaking at the post-monetary policy commission press conference, Sankar explained that the RBI was in the process of evaluating the “scope, technology, distribution and validation mechanism” for the CBDC. He further added that the central bank was working on a phased implementation strategy for the Digital Rupee to ensure little or no disruption to India’s banking system.

India is the latest in a list of governments that have actively begun working towards developing their own digital currencies. The European Union recently released the Digital Euro report assessing the design choices that can allow the interoperability of the CBDC With ECB Fiat Systems while the United States is also in the process of beginning pilot projects for the Digital Dollar.

In an alarming attack on the DeFi world, unknown hackers exploited the cross-chain protocol Poly Network and removed a total of $600 million worth of assets from the Binance Chain, Ethereum and the Polygon network. The attack, caused due to a vulnerability between contract calls, is the largest DeFi exploit to date.

In a surprising development, the hackers communicated with the Poly Network team via transaction records on Ethereum and expressed their desire to return most of the stolen funds. The project announced that the actions constituted “white hat behaviour”. Almost $258 million of the stolen crypto assets have been returned by the hacker so far with negotiations underway with the Poly team regarding the rest.

As the popularity of the DeFi industry has increased, so have the attacks with hackers receiving attractive returns for executing DeFi protocol breaches.