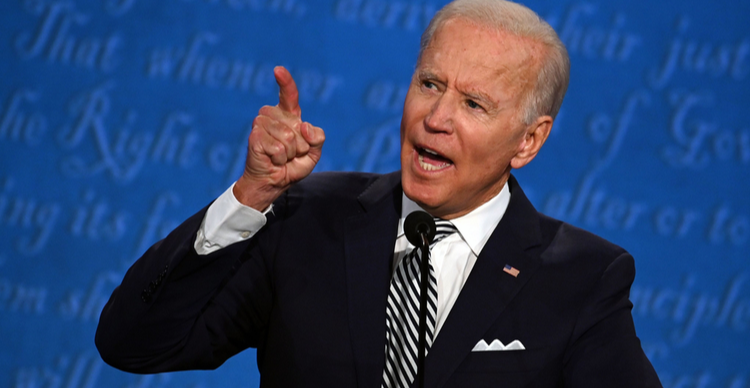 The White House is reportedly in favour of exemptions to miners only, a move likely to hurt Proof of Stake

US president Joe Biden’s administration supports an amendment to the US Senate Infrastructure Bill that would effectively hurt Proof of Stake projects.

As the government bids to raise billions of dollars from crypto, Senators have introduced tougher tax reporting obligations among other changes, with two rival amendments introduced after the initial crypto backlash.

The White House has formally sided with Senators Mark Warner (D-VA) and Rob Portman (R-OH) on their “last-minute amendment”, to the dismay of many in the crypto sector.

Late breaking – White House is coming out formally in support of Warner-Portman-Sinema crypto amendment, implicitly against the Toomey-Wyden-Lummis plan

The amendment seeks to have miners and developers in Proof of Work networks exempted from the additional tax reporting obligations. Also exempt from the onerous obligations are sellers of software and hardware wallets.

In contrast, the rival amendment by Cynthia Lummis (R-WY), Pat Toomey (R-PA) and Ron Wyden (D-OR) seeks to avoid any non-financial intermediary in the sector falling under the definition of “broker”. What this means is that miners, validators and PoS developers would not be subject to the tough tax requirements struck in a recent deal seeking to raise $28 billion from crypto transactions.

According to Wyden, the bipartisan amendment reportedly not favoured by the White House offers a “real common sense solution” to the crypto tax problem. If the changes to the bill pass, he added, “Americans [would] pay the taxes they owe on cryptocurrency while also fostering innovation“, in the US.

Some crypto commentators say that this isn’t surprising given the need to suppress everything that’s not Bitcoin, while others have suggested that this will even harm the burgeoning decentralised finance (DeFi) ecosystem.

The White House is choosing to support Proof-of-Work over Proof-of-Stake, in law, in an unrelated infrastructure bill.

This is will have huge consequences for how cryptocurrency develops in America. https://t.co/FYI4xh1VQH

Jerry Brito, the executive director of Washington DC-based crypto think tank CoinCenter, said the White House move was “disastrous” and the passage of the bill with the changes would be “US Congress picking winners and losers”.

“Senators need to vote YES on Wyden-Lummis-Toomey, vote NO on Warner-Portman,” he tweeted.

The vote is expected on Saturday 7 August.