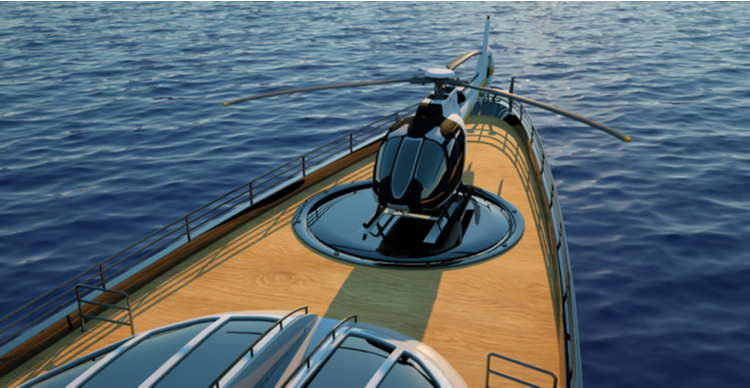 UK-based startup Hill Helicopters has begun accepting Bitcoin payments for its luxury HX50 helicopter, according to a press release published 3 August. The manufacturer is set to allow customers to pay with the cryptocurrency via payments processor CoinCorner, news outlet Vertical added in its report.

Hill Helicopters has reportedly already accepted BTC payment from one of its clients, “with several more to follow“, the company’s Founder and CEO Jason Hill said in a statement. According to him, accepting crypto payments adds “an exciting new dimension” for their clients, especially private pilot-owners.

You can now buy a helicopter with #bitcoin

CoinCorner’s business development manager Ben Collins said that the unique partnership will help increase the adoption and use of Bitcoin as a payment currency in the aviation industry.

The decision to accept Bitcoin, he added, comes on the back of increased demand from clients, who have continually asked for new payment methods to supplement traditional options.

CoinCorner Checkout is one of the UK’s leading payment gateways. It has helped hundreds of businesses seamlessly integrate Bitcoin payments, and outside of the United Kingdom, the platform’s services are also available in the Isle of Man and the EU.

Quiznos, a chain of restaurants available in the US and 32 other countries, is also set to accept Bitcoin payments. The sandwich shops giant has announced a partnership with cryptocurrency payments provider Bakkt in a pilot program at select locations in Denver, USA.

The pilot starts this August and will see Quiznos customers use the Bakkt App to pay for meals.

The news comes as Google lifted its ban on Bitcoin ads, a move likely to provide a bullish trigger for Bitcoin price, which has struggled to break above the $40,000 mark. The cryptocurrency is currently changing hands around $37,786, down 2% in the past 24 hours.