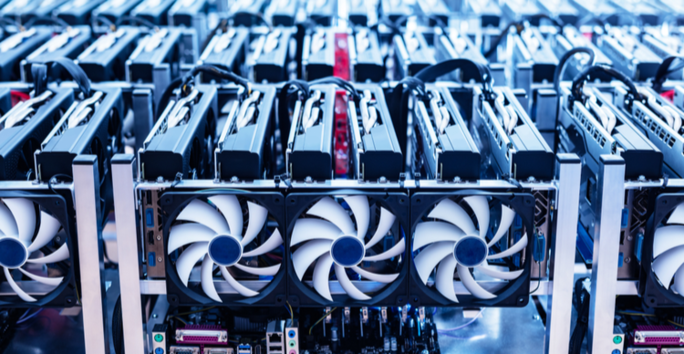 Crypto mining company Marathon Digital Holdings announced yesterday that it is acquiring another 30,000 mining machines for $120.7 million. The miners in question are Antminer S19j Pros with a maximum hash rate of 100 Th/s and have been bought from blockchain hardware and solutions company Bitmain.

Bitmain’s Antminer Sales Director of North, Central and South America, Irene Gao, commented, “Marathon is a key customer of Bitmain’s, and we appreciate the opportunity to support their growth with another large order for 30,000 of the industry’s most powerful and efficient miners. We look forward to continuing to collaborate and build upon this mutually beneficial relationship.”

Bitmain is headquartered in Beijing, but with the continuing crackdown by Chinese authorities on cryptocurrency trading and mining, there has been a mass exodus of Chinese miners and hardware to friendlier jurisdictions such as Russia, Kazakhstan and the US.

According to the Cambridge Bitcoin Electricity Consumption Index, the amount of mining power concentrated in China has been gradually falling in recent years. While China’s share of the hash rate was more than three quarters in September 2019, it had fallen to a little more than two thirds in September 2020 and just 46% in April 2021. Meanwhile, the share of the hash rate concentrated in the US has been growing over the same period, from about 4% to almost 17%.

Marathon is one of North America’s largest enterprise Bitcoin mining companies and already has a fleet of about 20,000 Bitmain S19s. It is also in the process of receiving 100,000 miners which should be fully delivered by early 2022, having been purchased last year.

Bitmain is expected to ship the latest batch of 30,000 machines between January and June 2022, and once all purchased miners have been deployed, Marathon should be able to achieve a hash rate of about 109 EH/s, which represents about 12% of the total hash rate of the Bitcoin network as of 1 August 2021.

CEO of Marathon, Fred Thiel, said, “Increasing our percentage of the total network’s hash rate increases our probability of earning bitcoin, and given the uniquely favorable conditions in the current mining environment, we believe it is an opportune time to add new miners to our operations. With this new order, we are growing our operations by 30% to approximately 133,000 miners, producing 13.3 EH/s. As a result, once all miners are fully deployed, our mining operations will be among the largest, not just in North America, but globally.”