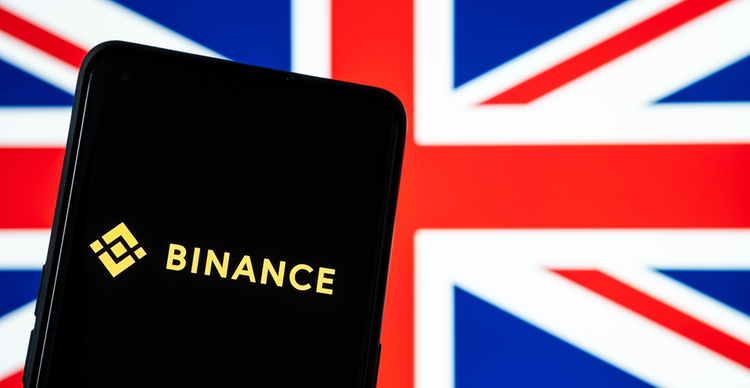 Leading cryptocurrency exchange Binance struggled with regulatory challenges this month. The challenges began when the UK’s Financial Conduct Authority (FCA) banned Binance Markets Limited from operating in the region on the grounds that it doesn’t have the necessary licence to operate. This led to some banks and financial institutions taking drastic action against Binance. Barclays and Santander blocked customer deposits to Binance, and Clear Junction also stopped processing payments to the cryptocurrency exchange. Binance briefly halted deposits from Europe’s critical payment network: the Single Euro Payments Area or SEPA.

This was followed by a warning in Italy, with Italian regulators telling Binance it doesn’t have the licence to operate in the country. Binance has taken some actions to reduce the heat. The crypto exchange has halted the sale of tokenised stocks on its platform. It previously allowed the trading of tokenised stocks like Tesla, Microsoft and Apple. However, Binance no longer provides that service. The cryptocurrency exchange is also looking to hire ex-regulatory executives in various countries to help it navigate the regulatory waters.

The number of cryptocurrency companies looking to go public has been increasing. Despite its regulatory troubles, Binance made it known that it is considering an initial public offering (IPO) in the United States. CEO Changpeng Zhao said the company is setting up the structures, and once everything is ready, it will be easier for them to conduct an IPO. However, he added that an IPO is not in their immediate plans at the moment.

Another company to show interest is stablecoin issuer Circle. The company behind the USDC stablecoin said it would list on the New York Stock Exchange under the ticker ‘CRCL’, with a valuation of $4.5 billion. Kraken and Gemini are other cryptocurrency companies also planning to go public in the coming months.

Elon Musk is a popular figure in the cryptocurrency world, especially for backing Dogecoin. However, he recently admitted that he still holds a sizable amount of Bitcoin and Ether as well. Despite his recent criticisms of Bitcoin, Musk said he owns more of it than any other cryptocurrency. While speaking during a recent conference, Musk said that Tesla and SpaceX both hold Bitcoin. He added that Tesla could soon start accepting Bitcoin again as a payment method.

Cryptocurrency ETFs are becoming popular as institutions clamour for access

Institutional investors are demanding access to cryptocurrencies, and one of the best ways to deliver this is via exchange-traded funds (ETFs). Canada remains ahead of other countries in terms of cryptocurrency ETFs, but Brazil is not far behind. Earlier this month, the South American nation became the first in the region to approve an Ethereum ETF a few months after launching a Bitcoin ETF. The exchange-traded fund will make it easier for institutional investors to gain access to the second-largest cryptocurrency.

In the United States, the Securities and Exchange Commission (SEC) is yet to approve a single Bitcoin ETF proposal, and it still has to review two Ether ETFs. However, that didn’t stop Goldman Sachs from filing to launch another ETF. This ETF will track the performance of leading blockchain companies and entities in the decentralised finance (DeFi) space. According to the investment bank, the ETF will seek to provide investment results that track the performance of the Solactive Decentralized Finance and Blockchain Index. The bank said the blockchain companies to be listed on the ETF would not be limited to the United States since the cryptocurrency space operates globally.

The institutional access didn’t end there, with JPMorgan also making a big move earlier this week. The investment bank reportedly began allowing its wealthy clients to gain exposure to cryptocurrencies via funds such as Grayscale’s Bitcoin Trust, Bitcoin Cash Trust, Osprey Funds’ Bitcoin Trust, Ethereum Trust and Ethereum Classic Trust. JPMorgan has sent a memo to its financial advisors, telling them to take orders from wealthy clients to buy and sell these cryptocurrency funds.

Grayscale, on its part, launched a new fund that targets the DeFi sector. The Grayscale DeFi Fund will provide institutional investors access to numerous industry-leading DeFi protocols through a market-capitalisation-weighted portfolio. Investors would gain exposure to the top DeFi tokens such as Aave, Uniswap and more through this fund.

PayPal and Square are expanding their presence in the crypto space

Square, the payment company owned by Jack Dorsey, admitted this month that it is working on developing a dedicated Bitcoin hardware wallet. The wallet and service are designed to make Bitcoin custody more mainstream, and it is expected to offer multi-sig or multi-signature transactions. According to Square, the Bitcoin hardware wallet will be available to users globally and will make it easier and more secure for people to store their Bitcoin.

Another payments giant, PayPal, said it is working on a cryptocurrency super app and expects to roll it out very soon. PayPal CEO, Dan Schulman, made this known during the company’s Q2 investor update call, stating that their users would enjoy extra cryptocurrency features soon. PayPal will launch the app to its US customers in the coming months before making it available to users in other parts of the world. The app is expected to come with various features such as high yield savings, messaging capability, additional cryptocurrency functionalities and more.