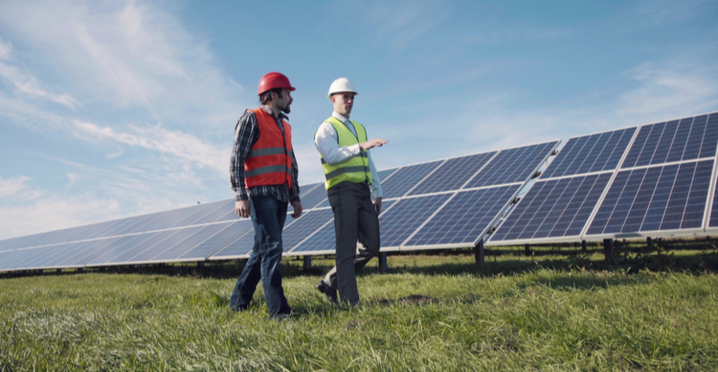 After becoming carbon neutral earlier this year, the mining company will build the new solar farm on a former coal ash landfill

Bitcoin mining and power generation company Greenidge Generation Holdings announced yesterday that it would be funding the development of a new solar farm. The farm will be built on the site of a coal ash landfill which is soon to close in the Finger Lakes Region of New York.

Constructed in 1979, the Lockwood Landfill disposed of wastes such as coal combustion residuals until it was purchased in 2014 by Greenidge Generation Holdings subsidiary Lockwood Hills. The company has since maintained the site and is now expediting its closure.

President of Greenidge, Dale Irwin, said, “For those of us who grew up and still live right here in the Finger Lakes, the Lockwood Hills landfill has been a constant presence, overlooking Seneca Lake and the Village of Dresden, and something we always hoped would eventually not be needed. I am thrilled that the success of our clean bitcoin mining operation is not only creating great high-tech jobs for residents here, and supporting local businesses, but will now also facilitate the development of renewable energy at this old landfill site.”

The company revealed at the time it was exploring meaningful renewable energy projects, while continuing to participate in the Regional Greenhouse Gas Initiative to drive innovation in the clean energy economy.

CEO of Greenidge, Jeff Kirt, added, “Bitcoin mining at Greenidge is already a model for the industry in that we are advancing this emerging financial platform for people across the world in a manner that fully protects our environment and drives economic growth across Upstate New York. Today, we’re announcing the next step; making more renewable energy a reality by leveraging bitcoin mining profits to fund the creation of a new solar farm at a landfill site we’re going to close well ahead of schedule.”

Greenidge will prevent erosion and water infiltration at the 143-acre landfill site by installing a permanent engineered membrane. The company will then aim to produce 5 MW of solar power upon completion of the new development.