US Senators propose crypto tax to raise $28BN for infrastructure

US Senators propose crypto tax to raise $28BN for infrastructure 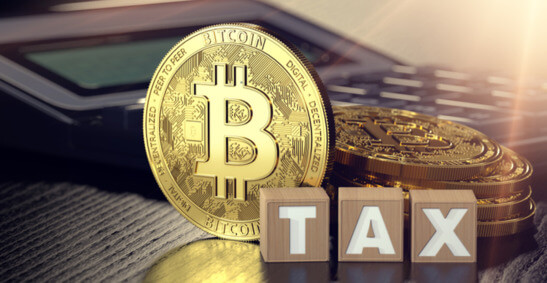 The proposals seek to have all transactions of $10,000 or more reported to the IRS

US lawmakers are eyeing tightened cryptocurrency tax rules as they seek to offset some of the costs of a bipartisan infrastructure deal.

According to Bloomberg Law, the senators added the crypto tax proposals at the last minute, following a weeks-long stalemate between Democrats and Republicans.

The expanded tax view seeks to have the taxman raise $28 billion, just over 5% of the $500 billion targeted for investment in a mega infrastructure plan. As per the report, the money will go into funding various transportation and electricity projects.

The Internal Revenue Service (IRS) has thus been asked to tighten its taxation approach by being stricter on businesses that offer crypto-focused services, as well as expanding the reporting requirements which currently apply to brokers. The senators also want all crypto transactions of $10,000 or more reported to the IRS.

The move to increase taxes on cryptocurrencies has attracted widespread criticism from across the crypto industry.

The Blockchain Association, which tries to promote digital asset adoption in the US by educating policymakers or pushing against ‘bad’ regulations and rules, has criticised the lawmakers’ plans as “hugely problematic”.

Kristin Smith, the association’s executive director, has pointed out that many of the businesses likely to find themselves in the IRS’ crosshairs are not equipped to collect all the data the agency may require. The Washington DC-based organisation is “pushing every lever” to have the proposal changed, Smith said.

Rep. Tom Emmer of Minnesota has also questioned the senate’s decision, stating that it “will do nothing” but harm everyday investors and innovators.

“Bottom line: trying to offset the infrastructure package’s out-of-control spending on the backs of everyday crypto investors and innovators will do nothing but leave our country in the dust,” he noted.

The Congressman has promised to do what he can to help investors as well as companies, with some observers calling for him and others to seek legislation that promotes the sector.

The Senate’s proposal comes at a time when regulatory scrutiny of crypto has increased around the world, with several countries coming down hard on Binance and Bitcoin and other digital assets seized under suspicion of being used in tax evasion and money laundering.