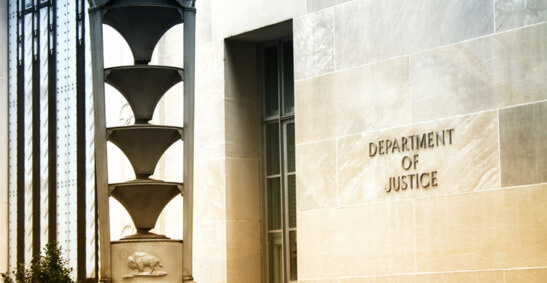 Hong Kong-based stablecoin company Tether is facing a probe from the US Department of Justice (DOJ), according to a Bloomberg report yesterday. The investigation is focused on whether the company’s executives committed bank fraud.

Three anonymous sources with inside information claimed that the probe aims to determine whether Tether hid the fact that transactions were crypto-related from banks in the early days of the company.

Tether responded to the article in a statement, saying, “Today, Bloomberg published an article based on unnamed sources and years-old allegations, patently designed to generate clicks. This article follows a pattern of repackaging stale claims as “news.” The continued efforts to discredit Tether will not change our determination to remain leaders in the community.”

If the probe leads to a criminal case it could have a major impact on the crypto market, as USDT is relied on by a huge number of traders who use it to buy and sell other cryptocurrencies.

And the DOJ isn’t the only agency interested in stablecoins. As these tokens enable payments to be made outside of the regulated banking system, the US Treasury Department and Federal Reserve are also exploring stablecoins for their role in money laundering and whether they threaten financial stability.

USDT is a dollar-pegged stablecoin, meaning its value is designed to maintain parity with that of the US dollar. Concerns have been raised about Tether before, which claimed that each USDT was backed by $1, only to admit in a court case in April 2019 that the stablecoin was only backed 74% by cash and short-term securities.

That previous investigation, which also targeted Bitfinex, was settled in February this year when the crypto exchange and Tether affiliates agreed to pay $18.5 million.

The stablecoin issuer also said in its statement: “Tether routinely has open dialogue with law enforcement agencies, including the U.S. Department of Justice, as part of our commitment to cooperation, transparency, and accountability… It is business as usual at Tether, and we remain focused on how to best serve the needs of our customers.”