THETA price provides weekly gains of 38% ahead of upgrade

THETA price provides weekly gains of 38% ahead of upgrade 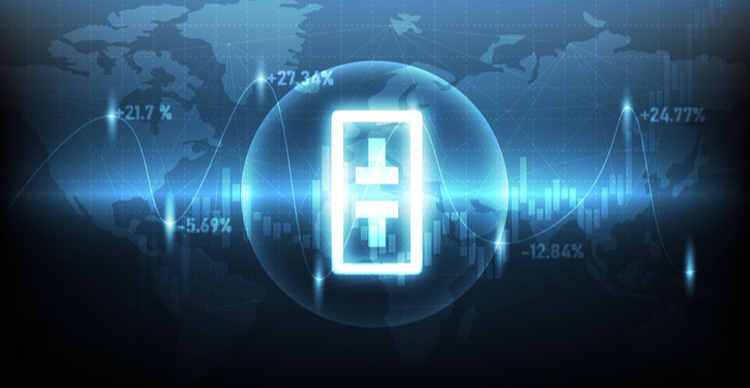 After falling to a low of $3.49 last week, the lowest price since March, THETA price found some positive momentum as it rebounded with a surge of 114%, reaching a high of $7.46 this morning.

Theta provides a peer-to-peer network for blockchain-powered video delivery in order to bring better quality and lower costs to the streaming industry. Google, Samsung and Binance are among the companies that run Enterprise Validator nodes on the Theta network.

By introducing a dual token economy, Theta incentivises users to share their excess bandwidth. While the Theta Token (THETA) is used to govern and secure the network, Theta Fuel (TFUEL) is required to pay for operations on the network. TFUEL also made significant gains last week, surging by 100% between Tuesday’s low and this morning’s high.

A likely driver of the positive sentiment around the project recently is Theta’s upcoming hard fork. The update, which was announced last Thursday, will bring a range of improvements.

Firstly, the current six-second wait time for block proposals will be eliminated, dramatically boosting the blockchain’s efficiency and transactional throughput. The Theta Network will then be able to support at least 1 million concurrent users relaying video.

The blockchain database has been optimised to enable much faster data read/write so that transaction processing won’t slow down as the database grows in size. The growth of disk size consumption will also slow thanks to the introduction of more efficient pruning.

Another upcoming improvement is the reduction of the snapshot validation and import time from 45 minutes to 15 minutes. This will shorten the time needed to start up a new Guardian Node for end users, as well as speeding up the process of syncing back up to the blockchain if a node falls out of sync.

Finally, the new protocol release will support the Ethereum RPC API. This means that decentralised applications (dApps) on Ethereum could interact with the Theta blockchain through the same API calls if they are ported over to Theta. The upgrade therefore provides the basis for cross-chain bridge development.

The new code for Theta protocol release version 3.1.0 was published on Theta GitHub yesterday, while the hard fork will take place on Friday 30 July. The team is already working on porting popular Ethereum dApps to Theta such as Uniswap V2.