Thomas Peterffy reveals he has personally invested in crypto

Thomas Peterffy reveals he has personally invested in crypto 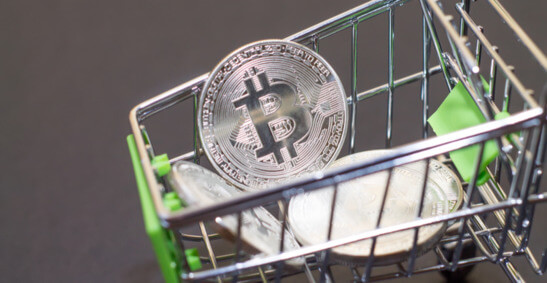 Online brokerage pioneer Thomas Peterffy appeared on CNBC’s ‘Closing Bell’ where he admitted that he has allocated some funds into crypto. Peterffy is a household name in the brokerage industry, having founded the online discount brokerage company Interactive Brokers Group. He is the largest shareholder of the company’s biggest subsidiary, Interactive Brokers, a Connecticut-based brokerage firm that deals in different investment instruments, including stocks, options, and forex.

The billionaire, however, did not disclose any specifics (i.e. which virtual assets had piqued his interest or how much he had ploughed into them). Peterffy briefly touched on the future of the crypto sector, which he remains cynical about, notwithstanding his stake in it. In 2017, he cautioned against incorporating crypto like Bitcoin into the real economy. He currently believes that the asset class can evolve and become dominant but faces long odds.

“Even I myself have put a little bit of money into crypto, because even though chances are, I think, that this is not going to be a viable market, I think that there’s a small chance that this will be a dominant currency, so you have to play the odds.”

Last month, Peterffy announced that the brokerage firm was set to enter the cryptocurrency sector by launching crypto trading services. Speaking in this latest interview, the Hungarian businessman noted that some of his firm’s clients had shown great interest in digital assets. Peterffy confirmed that the leading brokerage company would introduce the digital assets trading services later this year.

He pointed out safety as one of his major concerns, which could explain why the company has taken a slow approach.

“…The greatest hurdle is how do you keep your customers 100% safe. How do you make it 100% sure that no one will steal their coins in spite of the fact that they are untraceable? We will find more about this when we open for business at the end of the summer.”

Other high-profile figures in the crypto community have expressed their views on Bitcoin and other cryptocurrencies in the last few days. Jack Dorsey, the Twitter and Square boss, on Wednesday talked in length about the digital assets, saying he hoped the flagship crypto would help achieve peace in the world. Elsewhere, Raoul Pal, founder and chief executive of Real Vision, predicted in a Monday podcast interview that Bitcoin would lose its spot as the number one crypto to Ether in a few years.