The cryptocurrency market performed well yesterday, with Bitcoin surpassing the $30k level to trade above $32k again. Ether jumped by over 5% yesterday after the losses it recorded on Tuesday.

Although it has dropped below the $2k mark again at the time of writing, Ether looks primed to rally again, especially if it gains the support of the broader cryptocurrency market.

#Bitcoin is getting into this range, which we’ve been acting in for days.

Resistance of that range seems to be approaching.

As long as #Bitcoin sustains above $31K, all good. pic.twitter.com/b6YQxqWNfQ

The ETH/USD 4-hour chart is a very bullish one at the moment, with the general momentum from the market expected to push it higher in the coming hours. ETH would need to steer clear of the $1,928 pivot point to surpass the first major resistance level at $2,102.

If ETH gets support from the broader crypto market, it could surpass Wednesday’s high of $2,033.16 and likely reach $2,050. Barring an extended market rally, the first major resistance level will likely limit further upside. 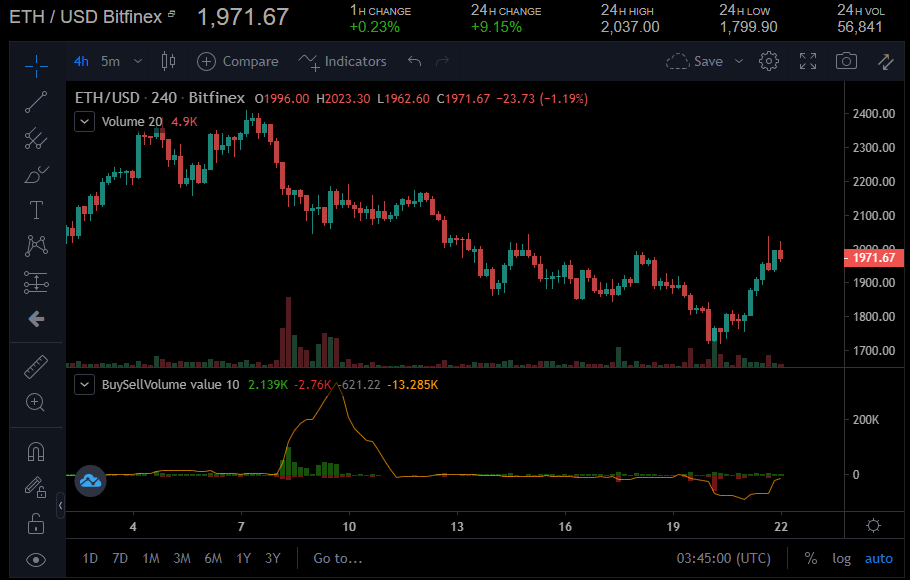 However, if there is a market-wide crypto rally, Ether could bring the resistance at $2,250 into play before a pullback. The cryptocurrency’s second major resistance level sits at $2,207.

On the other hand, if Ether drops below the $1,928 mark, the bulls would be forced to defend the first major support level at $1,823. Unless there is a massive sell-off, Ethereum should comfortably stay away from its 62% FIB of $1,725, with the second major support level currently sitting at $1,649.