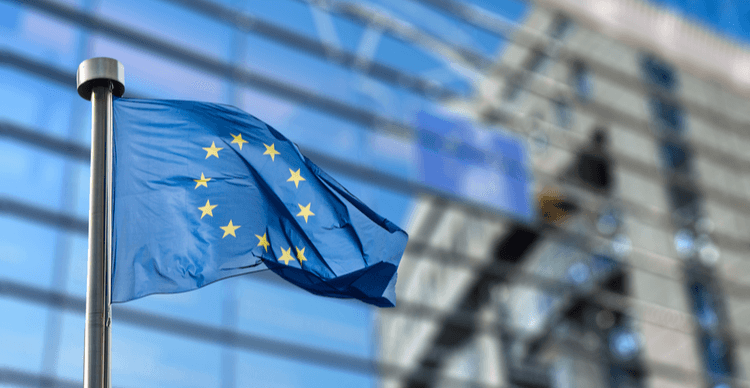 The European Union yesterday suggested an extension of the current anti-money laundering and combating the financing of terror (AML/CFT) laws to cover all rather than specific entities in the crypto sector. The move represents the latest efforts to regulate the crypto industry. The new rules, an update to the existing AML/CFT laws, propose creating a new institution under the EU, the Anti Money Laundering Authority, to combat money laundering.

“At present, only certain categories of crypto-asset service providers are included in the scope of EU AML/CFT rules,” the commission explained. “The proposed reform will extend these rules to the entire crypto sector, obliging all service providers to conduct due diligence on their customers.”

The European Commission also noted in a statement that the proposed regulations would not hamper the crypto space in the EU but rather would be beneficial to all sides. The commission added that the laws would attempt to create a reasonable balance of regulating blockchain derivatives without risking over-regulation.  Implementation of the new laws would also ban the untraceable nature of crypto transactions. They mandate companies facilitating crypto trades to note the details of both parties involved in transactions.

In fact, crypto firms would be required to provide specific details such as the home addresses, date of birth, customer’s names and account numbers.  Another significant inclusion in the new law would be the proscription of the creation of anonymous crypto wallets. This would work in the path of achieving disclosure of information about the transacting parties.

“Today’s amendments will ensure full traceability of crypto-asset transfers […] and will allow for prevention and detection of their possible use for money laundering or terrorism financing,” the regulator argued.

Despite the announcement, the eventual implementation of the suggested laws could take years as the proposals have to go through EU member states and the EU parliament first. Back in February, the EC partnered with the European Central Bank (ECB), revealing that the joint venture was tasked to explore the possibility of developing a digital Euro, a process which ECB president Christine Lagarde noted won’t be a short-term and easy affair.

The official launch of the process to develop the Digital Euro was completed last week. Lagarde noted in a statement that the new currency would be aimed at ensuring citizens efficiently transact even in the digital era. The former IMF director also explained that the Digital Euro would complement fiat money and help citizens access the trusted central bank money.