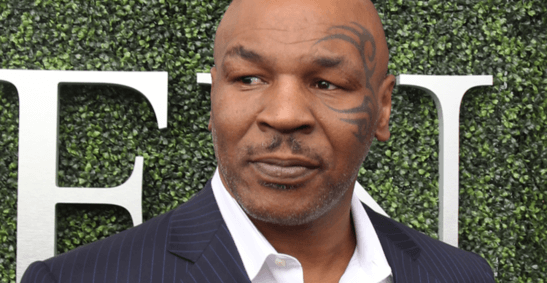 Legendary boxing personality Mike Tyson, who enjoys a fine following of 5.6 million Twitter users, has become the latest public figure to join the debate over which of Bitcoin and Ethereum is the better cryptocurrency. Via a Saturday post on Twitter, the former professional boxer posed a question to his followers seeking to find out which of the two crypto tokens was better.

The question sparked a debate that saw respective members of the two crypto communities rooting for their asset of choice. A reply from MicroStrategy co-founder and Bitcoin enthusiast Michael Saylor was one of the standout responses rooting for Bitcoin. The entrepreneur explained that he had deliberated on the question in the past and chosen Bitcoin, citing his huge investment in the asset.

“Mike, I spent more than a thousand hours considering this question and chose Bitcoin. So far, I have purchased $2.9 billion in BTC because I think it’s the future of digital property,” the reply read.

On the flipside, Ethereum users rooted for the cryptocurrency courtesy of it being the largest altcoin available and its apparent destiny to become the future of the internet.

Followers and fans have since been left speculating on whether or not Mike Tyson wants to venture further into the crypto space or whether he’s just another curious observer. It is worth noting that Iron Mike is not new to crypto-assets, having previously suggested that he was invested in a non-fungible token (NFT).

The conversation would have been far more productive were it not for several members of the Dogecoin community who spammed the replies with endless DOGE memes, diluting the proportion of serious replies offered.

Furthermore, a substantial number of Twitter users advised Tyson to stay away from the highly volatile crypto space while others went with the preference of fiat money. There were also some who fronted alternative coins which Tyson could explore including Ripple and Bitcoin Cash.

More and more public figures are building interest in crypto assets by the day. Apart from Tyson, Trevor George Smith Jr., more popularly known as Busta Rhymes, on Friday raised a similar crypto conversation on Twitter. The American rapper asked his four million followers who amongst them was into crypto. As expected, Saylor was there for the save as he offered educational material on Bitcoin, with Twitter CEO Jack Dorsey also jumping in to offer more Bitcoin resource material.

Changes in the crypto space are coming in thick and fast and it is expected to remain so into the future. Major companies have already started employing the services of NFTs with LVMH and Prada already using blockchain solutions to verify product authenticity for customers.