Weekly Report: Federal Reserve working on digital assets report that will be released in September

Weekly Report: Federal Reserve working on digital assets report that will be released in September 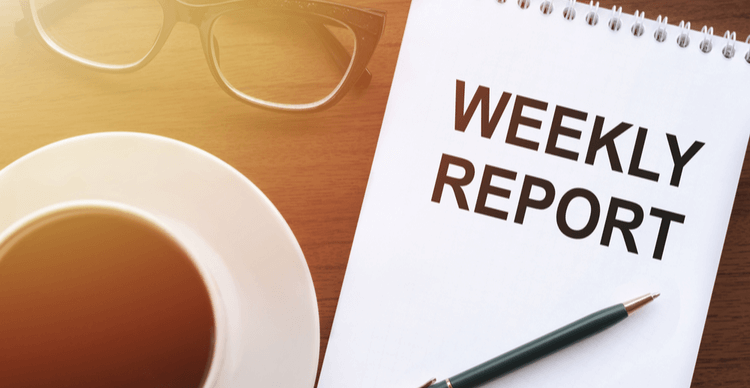 QR Capital, a blockchain setup in Brazil, revealed on Wednesday this week via a Twitter post that it is set to establish the first Ethereum exchange-traded fund (ETF) in the Latin American region. The new ETF, dubbed QETH11, will become second to receive approval from the Brazilian SEC after the March approval of a Bitcoin-founded ETF. Once rolled out, QETH11 will trade in Sao Paulo on the B3 stock exchange.

QR Asset Management, which assumes the part of the largest crypto exchange in the country, will manage the new ETF. The company described the product as one that would provide a reliable, non-complex and secure way to access Ethereum via the favoured consumer brokerage service. Brazil follows the path of Canada, which has been quite receptive to crypto, having approved three ETFs since the turn of the year.

The US, on the other hand, has not been as accommodative with the SEC in the country delaying and handing out extensions to ETF applications by firms in the country. Following the approval, QR capital’s Fernando Carvalho has expressed his hope that the US SEC will follow the route and begin approval of ETFs in the country.

British Police take hold of $250 million worth of crypto

Police in the UK announced this week on Tuesday that they have taken $250 million worth of cryptocurrencies in a proceeding investigation into money-laundering schemes in the country. The police’s Economic Crime Command seizure numbers up to be one of the largest confiscations made in the history of the force and follows up another seizure made late last month when $160 million worth of crypto was grabbed.

While delivering a statement, Graham McNulty, the Metropolitan police deputy assistant commissioner, noted that there had been a shift in the landscape, and criminals are increasingly using technological evolution to advance their activities. He recognised that crypto had become the go-to for offenders who sought to launder their money as he praised that the department’s well laden with equipped officers to tackle such activity.

Detective Joe Ryan of the British police lauded the seizure as a landmark and promised that the investigations would continue into the coming months as the war on suspected money launderers continues. The police did not however not reveal what specific cryptocurrencies they had taken hold of.

A team from JPMorgan last week on Thursday suggested via a report that El Salvador’s Bitcoin decision could spell trouble for both the country and the blockchain once coin usage starts. The Central American country’s recently approved the use of Bitcoin as an accepted legal tender. The team argued that even with the daily Bitcoin trading volumes range between $40 billion and $50 billion, a majority of this portion is traded between crypto exchanges.

The analysts further indicated that most of the Bitcoin holdings are reserved in illiquid portfolios, with up to 90% of them remaining unmoved for over a year. On the flipside, El Salvador’s daily transactions reflect 4% of the total on-chain transaction and slightly over 1% of the total transaction volume within the past year.

The team suggested that there exists an inherent incompatibility of Bitcoin and El Salvador and as such, once the new tender launches as a medium of exchange, Bitcoin’s illiquidity would prove to be a significant impediment. Recent surveys have indicated that there is still widespread doubt of the new legal tender and the potential acceptance rates would not be any high as Salvadorans still prefer the dollar.

Woori Bank is the newest crypto custodian in South Korea

Reports on Sunday revealed that Woori Financial Group’s Woori Bank in South Korea is set to become the third and latest major institution in the country to offer crypto custodian services. The report indicated that Woori Bank intends to collaborate with Coinplug Inc., a fintech solutions company, to launch the new venture dubbed D-Custody.

The move would see Coinplug become the majority shareholder, followed by Woori Bank, which would provide the custodial services. The demand for crypto custodian services in South Korea has been astronomical, courtesy of the government’s decision to tighten the knob on regulations covering crypto assets. Investors have increasingly become unwilling to hold crypto themselves.

South Korea’s crypto regulations have in recent months led to outlawing of banks from offering direct crypto services, forcing them to venture into partnerships in order to provide the said services to customers. Further, South Korea’s vigilance has also pushed for regulations that will see employees at crypto exchanges become unable to trade in crypto at their respective exchanges come September.

Federal Reserve set to release a crypto report in September

Speaking on Wednesday as he delivered the biannual monetary policies report before the congress, federal reserve chairman Jerome Powell revealed that the body would release a report addressing crypto-assets, CBDCs, and stablecoins around early September. Powell indicated that the country was at a critical point of establishing regulations for these assets and, consequently, for CBDCs, the opinion of the public and the congress would be sought to determine the probable benefits and disadvantages.

More on CBDCs, was that Jerome Powell insisted on the need for the US to do it well rather than do it fast. As such, he dismissed the thought that the Chinese digital Yuan could be usable in the US as he indicated that a potentially useful CBDC needed to be understood by all American citizens and those in other countries depending on the dollar.

China has been developing its domestic CBDC since 2014 and has recently scaled up tests for the digital coin. Powell also noted that if a government-controlled digital Dollar were to be developed, then it could be curtains for digital assets such as Bitcoin that are independently controlled.